Crack Down on Hare Coursing 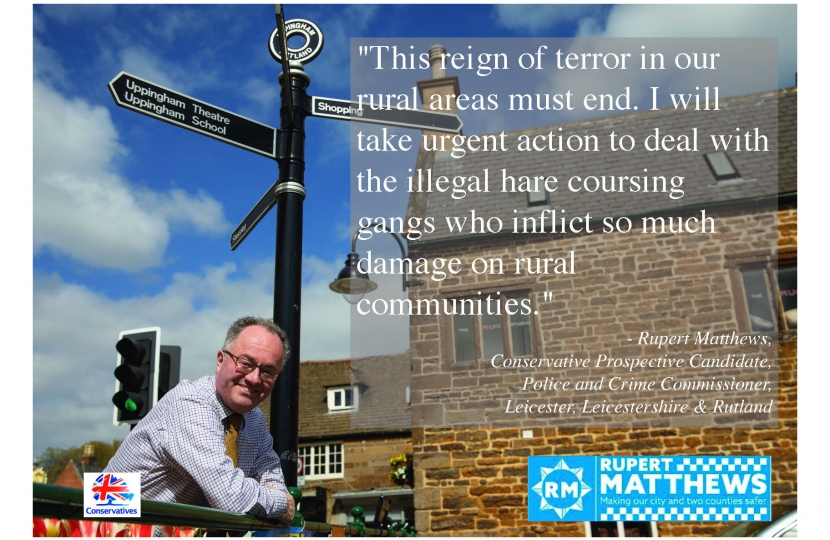 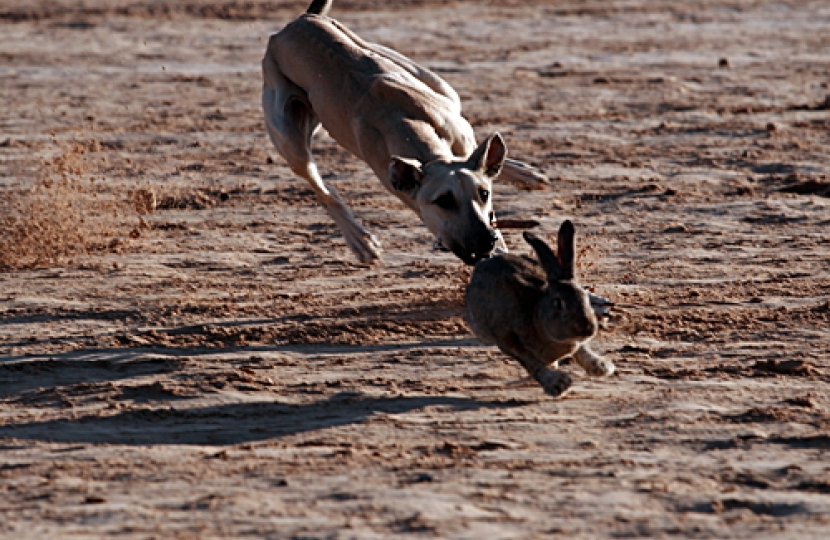 Illegal hare coursing is a major problem in rural areas. If I am elected to be Police and Crime Commissioner, I am determined to crack down on the damage caused to private property and the intimidation suffered by rural residents. You can help by signing my petition on this issue [see below].

Travelling around rural areas of Leicestershire and Rutland, I have met with farmers, rural business owners, land owners and village residents to discuss the specific problems caused by rural crime. One of the subjects brought up most often was that of the criminal gangs organising hare coursing which cause such a blight on our rural communities.

Hare coursing gangs cause considerable damage to crops, gates and hedges on farms, and to the gardens and boundaries of residential properties. The gangs think nothing of threatening serious physical assaults, and have been known to carry out their threats when local residents stand up to them. One farmer that I spoke to told me that only a few weeks ago a Rutland woman was almost killed when a speeding hare coursing gang vehicle crashed through a hedge and missed her by inches.

Our local police are doing their best with limited resources, and the Rutland Neighbourhood Watch also play a role, but we need to learn from best practice elsewhere.

I recently spent a day out looking at how the Lincolnshire Police handle rural policing and was very impressed by their Operation Galileo which targets hare coursing. Over a two year period, incidents of hare coursing in Lincolnshire fell by nearly 40%, from a high of nearly 2,000 in a single winter season.

It has now been announced that the top 12 hare coursing forces across the country will be coming together to target those offenders who cause greatest harm to our rural communities by sharing information and intelligence across the whole of the UK. The National Wildlife Crime Unit (NWCU) will also be involved, supporting the analytical work, to help the police be in a position to use legislation against the key offenders in a way that has not been done before.

It is important that the police should be working with a wide range of rural partners such as the NFU, CLA and others to seek changes to legislation that will have greater impact on offenders. I will be pressing our Members of Parliament in Westminster to take action on this.

If elected as Police and Crime Commissioner for Leicestershire and Rutland, I will at once look at how to get on board with the national campaign against the hare coursing gangs. I will also look at ways to make funding available to the Chief Constable4 to invest in the latest tech to protect Officers and the public. As well as taking the fight to criminals.

The reign of terror caused by the hare coursing gangs in rural areas must end.

How you can help

Crack Down on Hare Coursing