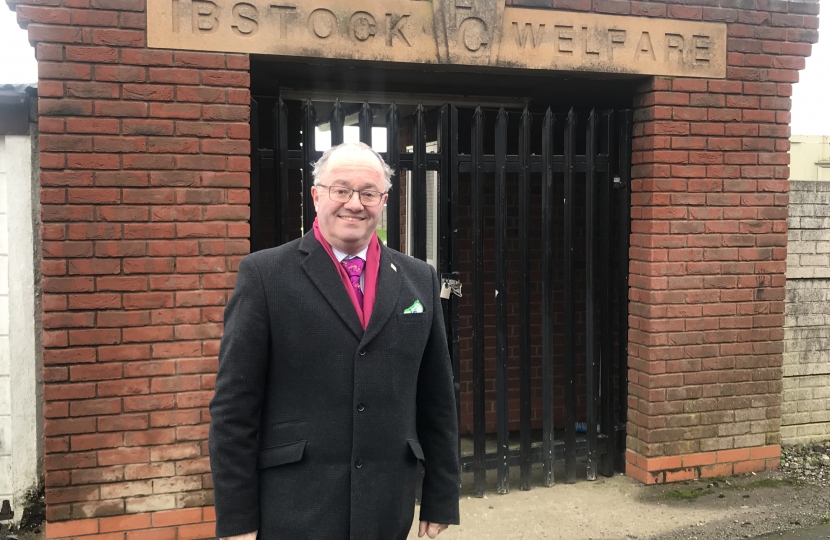 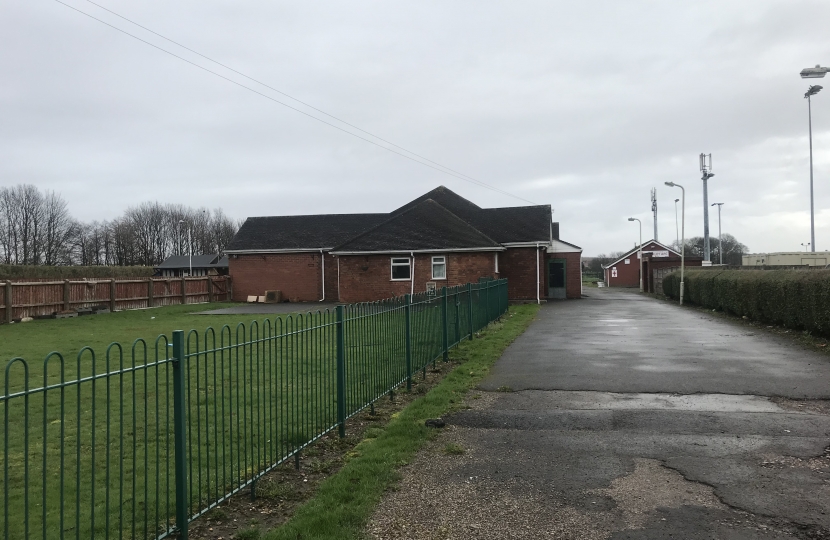 On Friday I went to Ibstock to meet Cllr John Clarke. John represents Ibstock West on the North West Leicestershire District Council, and he wanted to talk to me about anti-social behaviour in the town.

We met in Leicester Road, close to the football pitch and bowls club.

“This is where most of the problem takes place,” said John. He led me through a gate into a driveway that opened out into a car park beside an obviously derelict single storey building. “This used to be the Miners’ Welfare Club, but the miners are gone and the town has moved on. The club could not pay its way, so it closed about three years ago.”

I asked who owns the building. “The Parish Council do,” said John. “They own the football pitch, the bowl club, the five-a-side pitch and the field out the back too.” That is a lot of land, I thought. John pointed to the gate in the fence around the five-a-side pitch. “Until last week this had a big security lock on it. Impregnable, we thought. But then some vandals came along and took an angle-grinder to it. They cut right through it.” He shook his head. “The teenagers get up to all sorts here. Drugs and such. And over there is fly-tipped rubbish. This car park can’t be seen from the road, you see. So it attract those up to no good.”

John was leading me back towards the road when he stopped. “Of course some say the answer is to reopen the club, but it couldn’t pay its way when it was open and it won’t pay its way now. What we really need is to redevelop the site. Bulldoze that old club out the way and build something that people in Ibstock actually want. We’ve got plenty of new housing here, so there are enough people. We just need to attract them into the town. But that would mean the Parish Council precept would have to go up to pay for it all. And meanwhile we have all this anti-social behaviour trouble.”

Here in Leicestershire and Rutland we need to deal with anti-social behaviour. Some of the solution will be long-term and will involve many different agencies. But there is action that can be taken in the short term. We must remember that no crime is too small to be solved, no crime is so insignificant that it can safely be ignore.

To tackle ASB and the fear that it causes we should: