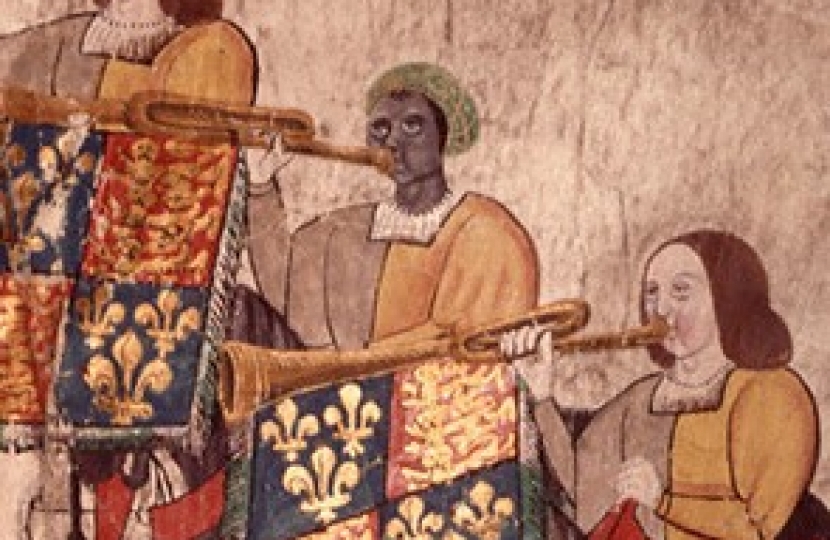 As a freelance historian, I am fascinated by all aspects of history. “All human life is here”, as the old newspaper saying has it. History is the story of people, and the story of black people in the UK is a fascinating one.

Excavations by archaeologists have revealed that African people were living in Britain in Roman times. Some came as soldiers, merchants and their families, others no doubt as slaves. After the fall of the Roman Empire, Black visitors to our shores were rarer, but they still came.

Ships from North Africa brought luxury goods to Britain throughout the Dark Ages and Medieval periods. No doubt many were crewed by Black sailors and carried Black merchants. Most of these remain anonymous as record keeping back then was haphazard and many documents have been lost, but a few individuals are known.

John Blanke was a trumpeter who came to England in 1501 as part of the entourage of Katherine of Aragon, later the first of six queens to King Henry VIII. We don't know his original name, clearly "John Blanke" is an anglicised version. We do know that he remained in royal employment until 1511, but after that he disappears from surviving records. He is shown in a contemporary painting of a tournament held to celebrate the birth of Henry, Duke of Cornwall, in 1511.

Fast forward to the 21st century and Black History Month rightly celebrates the contribution made to our country by Black individuals. Prime Minister Boris Johnson has recorded a message for Black History Month, which can be viewed HERE.

It is important that we are all aware of the past of our nation. So I’ve picked out a few websites that you might like to visit to learn more.