Burglary at the Tennis Club 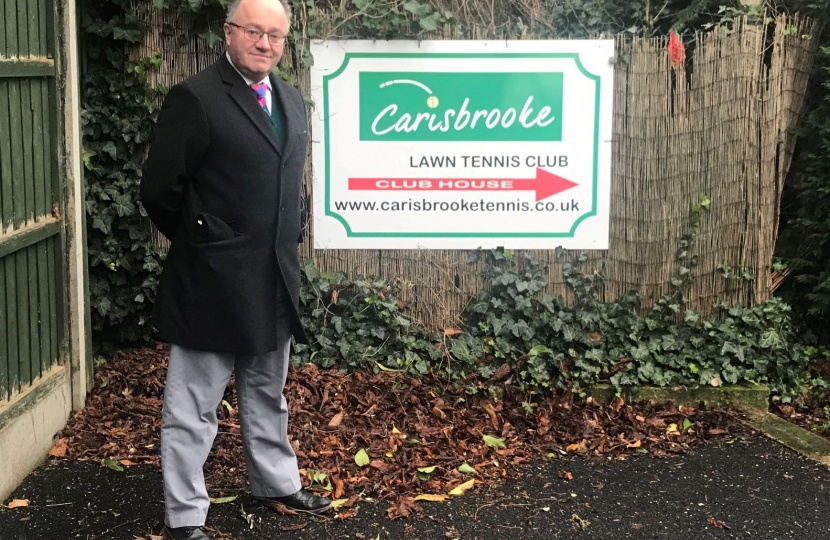 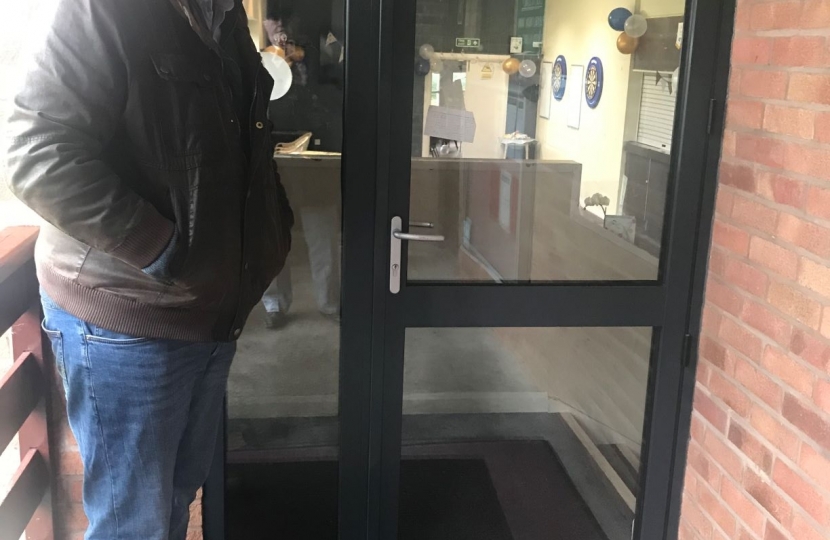 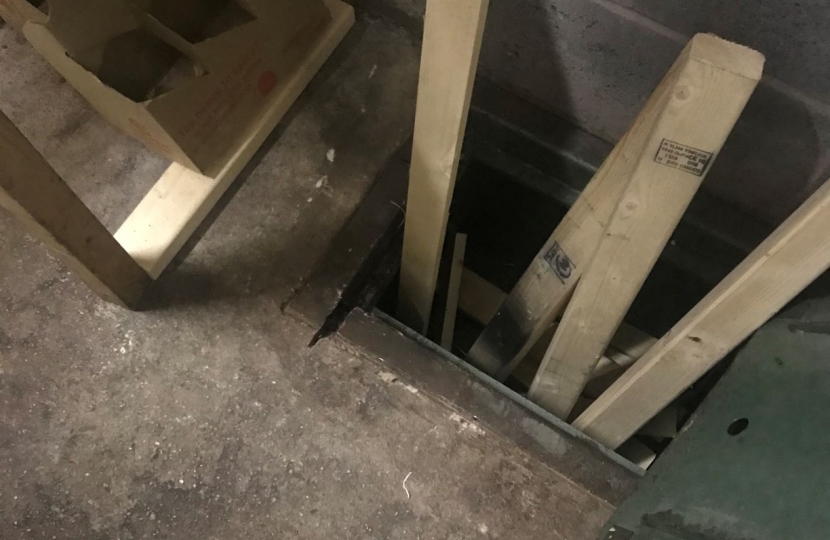 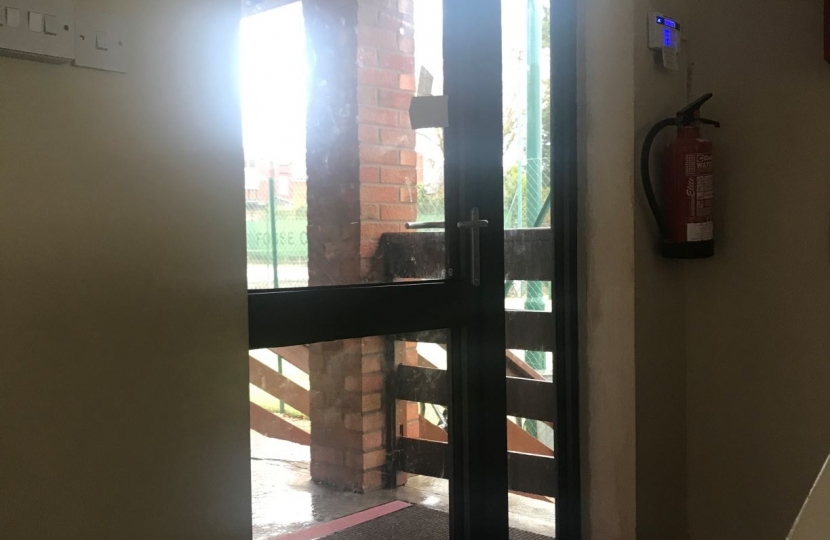 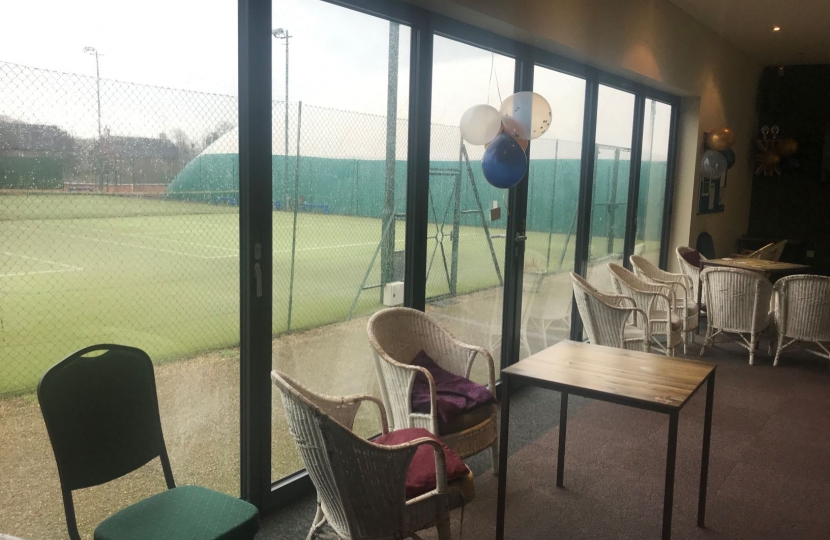 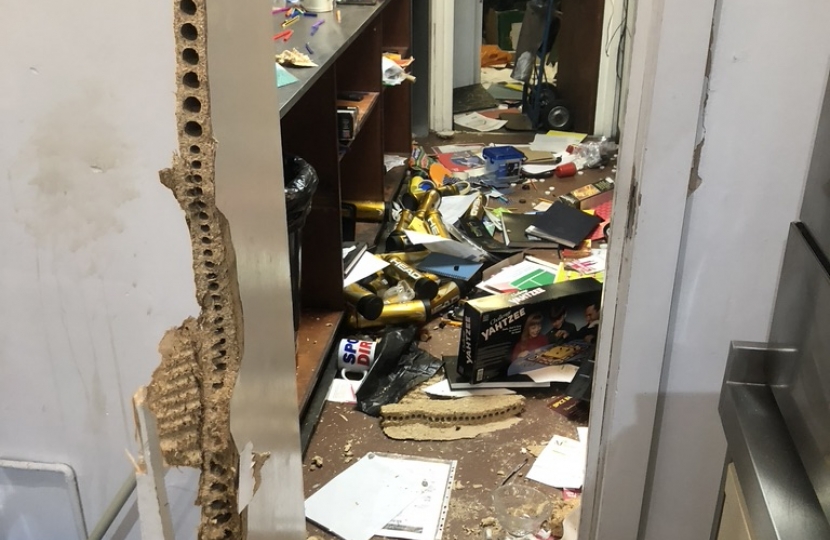 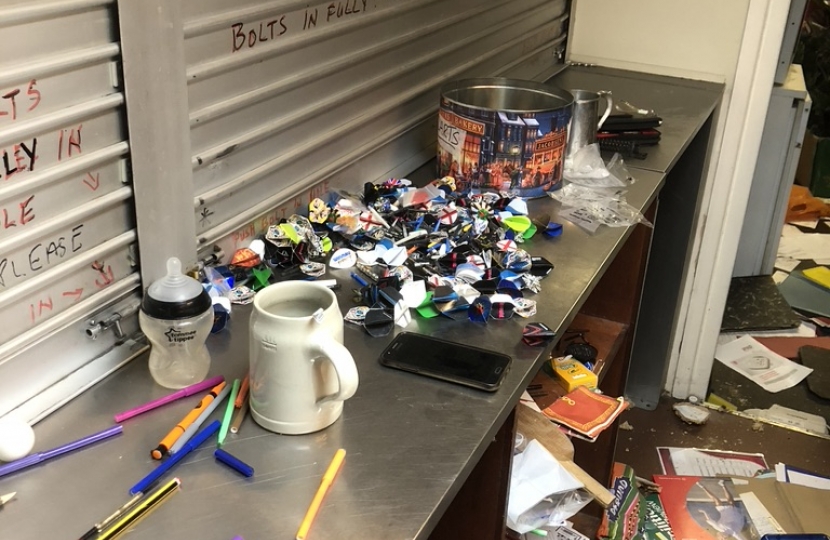 On Sunday I visited the Carisbrooke Tennis Club in Leicester, scene of a recent destructive burglary, to meet with Committee member Andy Bayford and to talk about the crime and the police response.

“We had the fencing repaired a while back,” he pointed out, “but look at that gap between the fence and the gate. That made it easier for them to get in, but you don’t think about that sort of thing when you’re replacing a fence do you?”

We walked past the impressive covered courts – one of the big draws to this club – to reach the clubhouse. Andy pointed out the door. “They tried to get in here,” he said. The CCTV shows them here for about 20 minutes, but they could not force this door. So they moved on to the bifolds.” He pointed to the bifold doors that can be folded back in good weather to give a superb view from the bar to the courts. “The CCTV shows that they were struggling with these for about 15 minutes, then they got in. You can’t ask more of doors than that. As soon as they were inside, the alarms went off.”

Andy led me across the bar and through the door to the bar area. The villains had forced this door open with ease – it was a simple wooden door unlike the security exterior doors. Andy pointed the till out. “We found that in the car park,” he said. “All the notes had gone, but some coins were left.”

Next we went beyond the bar into the storage area. The shelves were stacked with beer, wine, whisky and other drinks. None of them had been touched by the burglars. Clearly they were after the cash only. Andy pointed to a floor safe. The door was open. “They could not get into that,” he said. But look over there in the corner of the room. “We used to have a small safe there, like the ones you find in hotel rooms,” he pointed out. “They crowbarred it off and legged it. But believe it or not they were soon back with a huge industrial angle-grinder. They started on the floor safe then. See that cut there?” he pointed out a gash in the concrete floor. “That was caused by the angle-grinder. But they still could not get in. Just as well as most of the money was in there. Not any longer though. We don’t keep any cash here now.”

I asked about the police response.

“Oh, first rate,” said Andy. “The Scene of Crime chap was particularly good. He sat and watched the CCTV with us. Pointed out what the crooks were doing and why they did it. There were no fingerprints to be found. And the burglars had worn masks so the CCTV did not really tell the police very much. The police did all they could, I’ve got no complaints.”

What about the insurance, I asked. Andy grimaced. “That is going up, of course. And we are spending money on more CCTV and better doors. It all eats into the money we should be spending on our tennis facilities. It is a real shame.

Could anything have helped?

“Well,” thought Andy. He pointed up at the ceiling where there was a smoke detector. “The Fire Brigade sent someone round to advise on fire safety and fire prevention. It would have helped if the police had offered us some sort of crime prevention advice – especially after the bowls club round the corner was burgled a few weeks ago.” He thought for a minute. “Yes, that would have helped us a lot.”

I thanked Andy for his time and for showing me around. It would seem that if a gang is targeting sports clubs and similar buildings it might help if other clubs were alerted and given advice on doors, CCTV and the like.