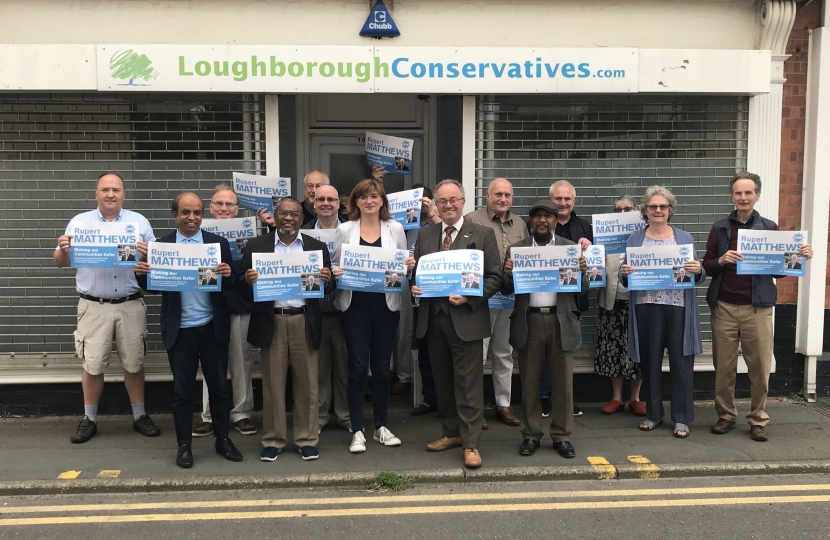 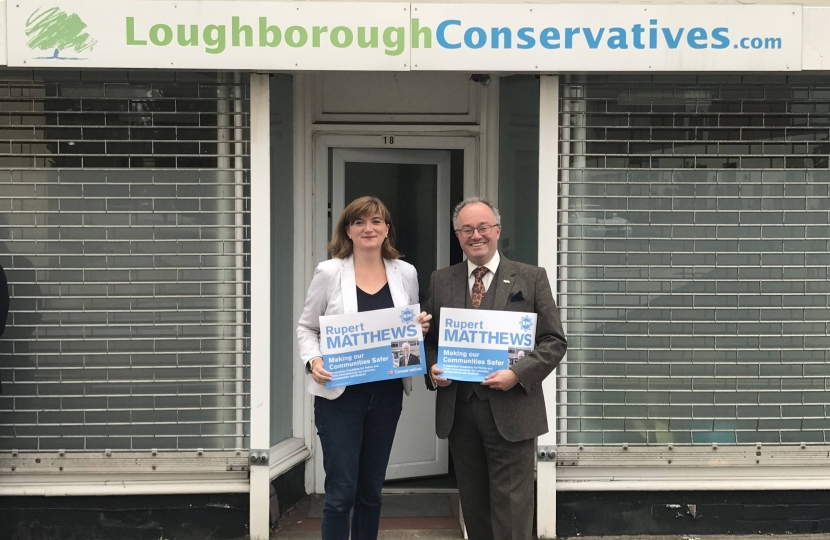 Rt Hon Nicky Morgan MP today joined Rupert Matthews, the Conservative Party’s Candidate to be the next Police & Crime Commissioner (PCC) for Leicester, Leicestershire and Rutland, in launching the local campaign for the PCC Election next May.

Cabinet Minister and MP for Loughborough, Nicky Morgan met with local councillors and residents in Loughborough town centre on Saturday to launch the campaign and to discuss crime and related issues affecting the Loughborough constituency.

The Rt Hon Nicky Morgan MP said, “Residents want to see more officers in their neighbourhoods with the powers they need to protect the public and cut crime.  That is why the Government is putting 20,000 extra police on our streets including here in Loughborough where police recruitment is happening now.”

Rupert Matthews said, "Latest figures show that violent crime in Leicester, Leicestershire and Rutland is at its highest since records began. In 2018 there were 25,327 cases of violence against a person - that is 69 every day! Murder, rape and sexual assaults were all also at high levels. Tackling violent crime needs a firm and imaginative approach. As well as increased stop and search powers by the police, there needs to be firm sentencing and effective targetting of crime prevention measures.

"This summer has seen nearly 400 crimes in central Loughborough alone. Worryingly violence and sexual offences led the way, with theft close behind and anti-social behaviour also a serious problem. In the same period Shepshed suffered 250 reported crimes and other areas of the constituency were also affected. This shows that policing resources need to be rebalanced to properly respond to where crimes are reallsy happening and where the fear of crime is greatest. "

The Police & Crime Commissioner Elections will take place on Thursday 7th May 2020.

Words are a Trap for the Unwary