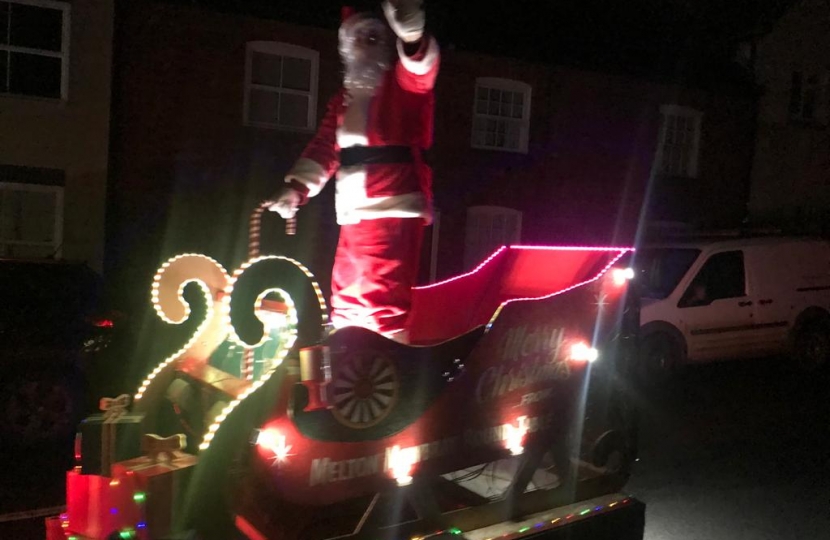 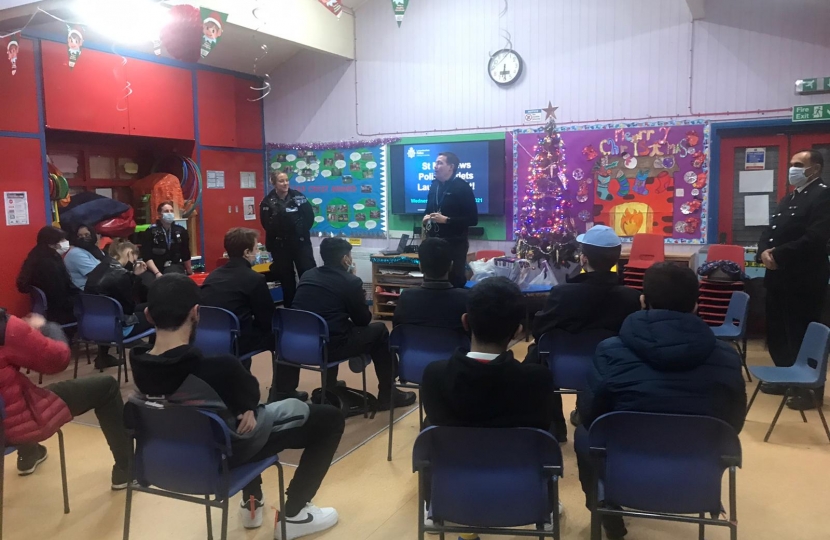 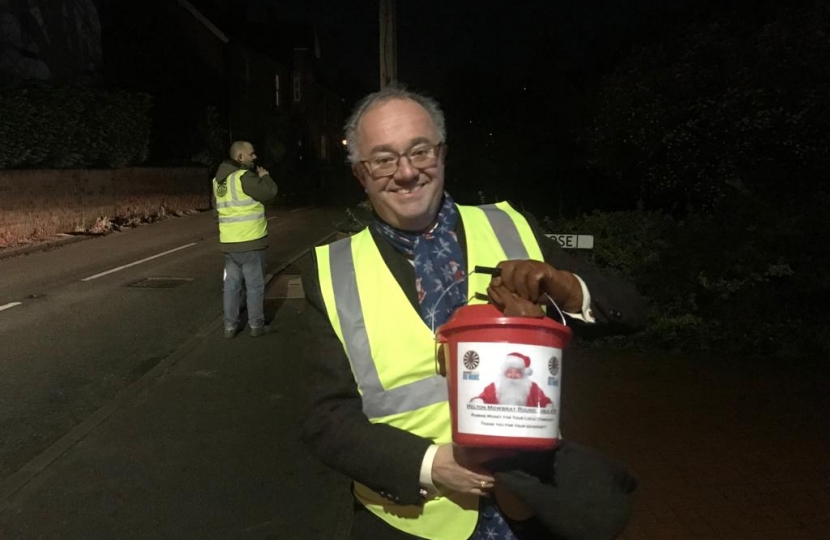 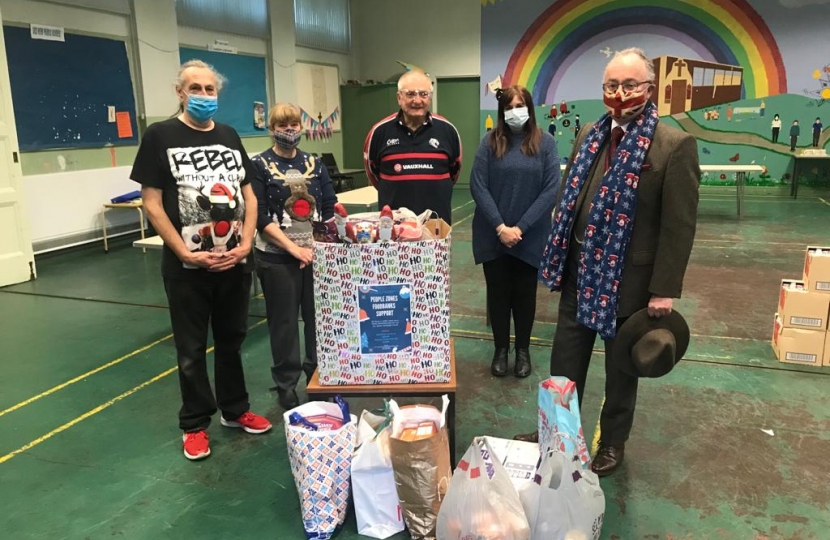 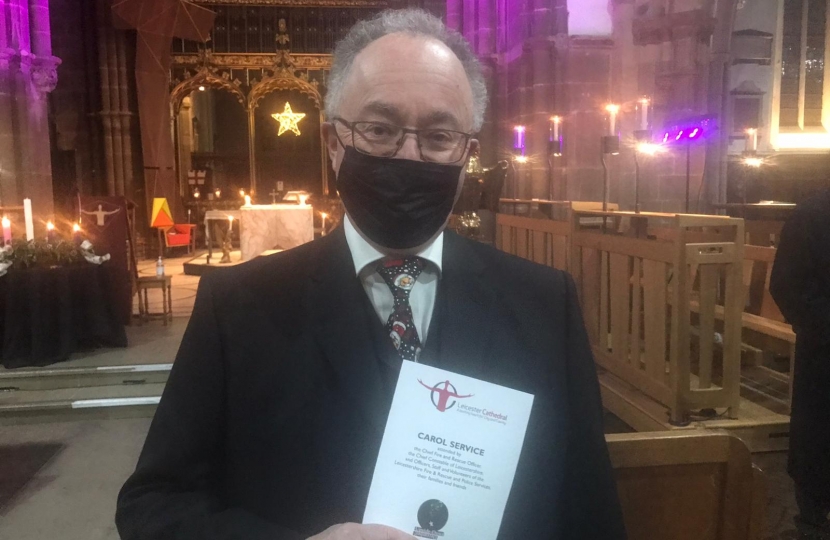 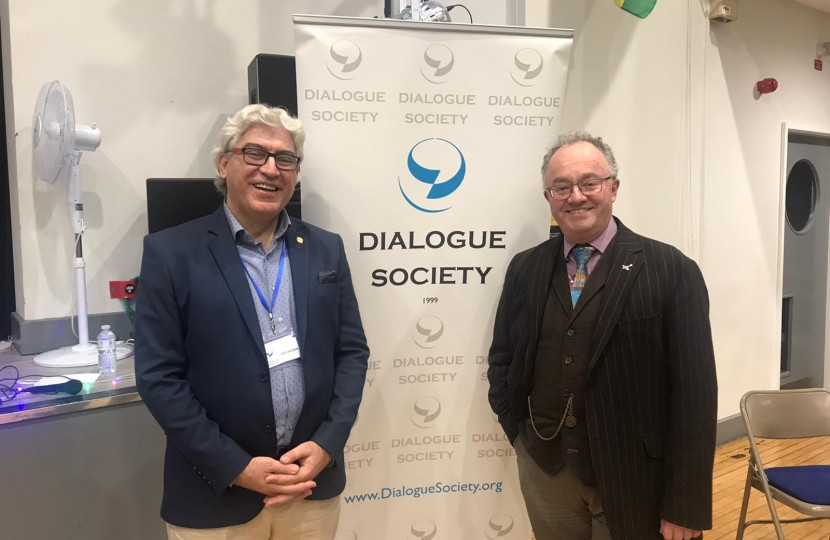 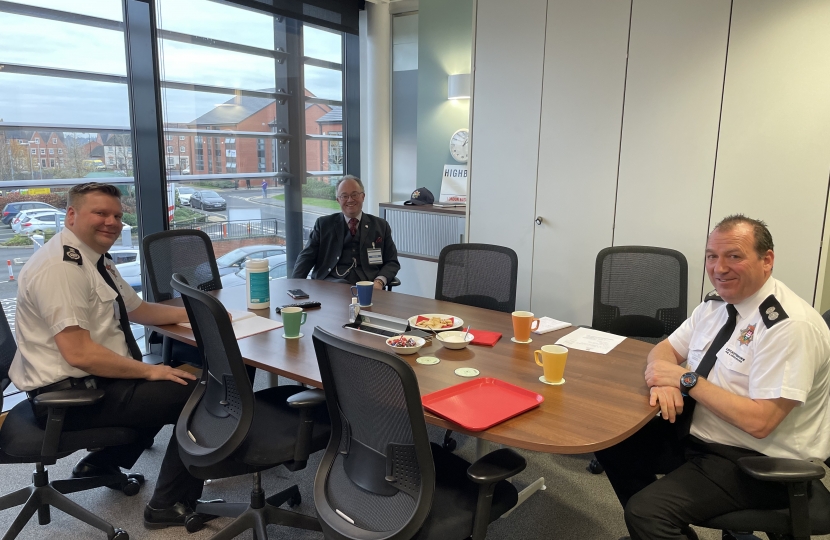 After I sign off last week’s Blog, I head over to Ashby de la Zouch to join the Night Time Economy Patrol along with local councillor Andrew Woodman. We meet Sergeant Gary Sirrel who introduces us to our drug sniffer dog who will be touring the streets and pubs. Then Andrew and I head off with PCs Tom and Richard to visit some pubs. At each pub we visit the PCs chat to the landlord. They are here to ensure that the licence conditions are being adhered to. Good news, they are! Back on the streets we learn that the sniffer dog has identified a man carrying a big enough quantity of cannabis to indicate he is a dealer. “We caught him a few days ago with the same thing,” says the handler. This means he can be arrested and his phone taken away to be interrogated.

Typical. I’ve missed all the action.

I arrive in Loughborough to hand over to the Infinity Aid Foodbank, which serves our Bell Foundry People Zone, some of the food donated by Police HQ staff. The evening finds me in Leicester City Centre for the Dialogue Christmas dinner. The food is great, but my dessert is rather ruined when the organiser asks me to make a speech. Urk! I manage to cobble together a few lines about the important role the police have to play in reinvigorating the community spirit of our city and two counties when we finally put covid restrictions behind us. The audience seems to like it, several people come up to me to emphasise how much they value police action in their communities.

On Monday morning I attend the funeral of Shona Hodges. It is important that the appreciation of the public for all the work our Force does is shown at even the most sombre of occasions.

Back in the office I start on the pile of 732 Christmas cards that I need to sign. This task is interrupted several times by internal OPCC meetings – deciding on grants to be given in the People Zones, decisions on which events to attend in January and reading the agenda of the next meeting of the East Midlands Criminal Justice Board [which I chair].

The day ends with the Civic Carol Concert at the Cathedral. We belt out the carols with gusto, or at least we try to. Difficult to sing when wearing masks. The choir are allowed to remove theirs, allowing one lady with a stunning soprano voice to fill the vast cathedral with her wonderful singing.

Tuesday kicks off with more Christmas card signing - only 550 to go. I then welcome a temporary admin assistant to our team – she is here for a few weeks to plug a gap caused by health issues [not covid].

I head off to Melton Mowbray in the afternoon to share tea and cake with Cllr Tim
Webster, who has recently been elected to the borough council in a by-election. Just as it is my job to keep in touch with the public of the city and two counties about issues relating to policing, it is the job of councillor to be familiar with the views of their constituents on every subject under the sun. That is what makes councillors such useful contacts. We chat about various matters. Generally, he says, the good citizens of Melton Dorian are content with the level of policing they receive [good], but it would be nice if the police were more integrated into the community.

I then head out into the cold drizzle to ride with Santa on his sleigh – no really! This is organised by the Melton Mowbray Round Table as a way to raise funds for local charities. My bucket is pleasingly full by the end of the evening. We head to the pub to round off the evening – somewhat disappointingly, Santa gets changed first.

I arrive in the office as usual at 8:30. Oliver the Researcher looks up from making tea. “What are you doing here?” he demands. Charming! You can’t get the staff these days. “Aren’t you supposed to be at New Parks?” Crickey! He’s right.

I turn round without even getting my hat off and jump in the car to head for the Methodist Church over at New Parks. I’m only 2 minutes late. I blame the traffic.  Lilly from the OPCC is there with a load of food kindly donated by officers & staff at Force HQ. We hand it over to the food bank serving the People Zone at New Parks.

Back at base I have my regular fortnightly meeting with Grace, who runs the Violence Reduction Network. We are supposed to be discussing next year’s budget, but we don’t yet have the figures from government. It is a short meeting.

I get in early to continue signing Christmas cards. 450 down, 300 to go. Last posting day is tomorrow. Will I make it?

Next up is an on-line meeting with Cllr Jonathan Morgan, the Leader of Charnwood Council. I’ve known him years, so I continue signing cards. Only 200 to go. I then spend an hour on-line to Mr Campbell of the IOPC who explains to me at length what a marvellous organisation the IOPC is.

The Chief Fire Officer of the Leicestershire Fire Brigade is next. He welcomes me to his office with a big smile and an even bigger plate of biscuits. Clearly he wants to make a good impression. I get a tour of his HQ and get to meet some of his staff. We even see a fire engine dash out with blue lights flashing and sirens wailing.

Only 50 Christmas cards left. I finish them off and get them to the post room. Phew!

Then over to Thorpe Acre for a community coffee morning hosted by the parish council. I’m there so that the locals can give me their views on crime and policing in the area.

Cllr Roy Campsall showed me round the area and pointed out the local ASB hotspots. We then went into All Saints Church Hall for a cup of tea and a chat with residents. After a much-needed cup of tea, we stopped to have a photo by the village sign and beautiful war memorial.

Then it is over to Uppingham for lunch with a trade body representing small businesses in Rutland. There seem to be a lot of them. And they all have a view on business crime. At least I don’t have to make a speech. I can just listen to their views while tucking into a rather fine meal of roast turkey with all the trimmings.

Then back to the office for more OPCC meetings. We are trying to clear the decks for Christmas. I leave for home at 7pm.