Commissioner’s Blog No.9 : A Surprise from the Chief Constable – A Murder – Back to Work – New Year’s Eve 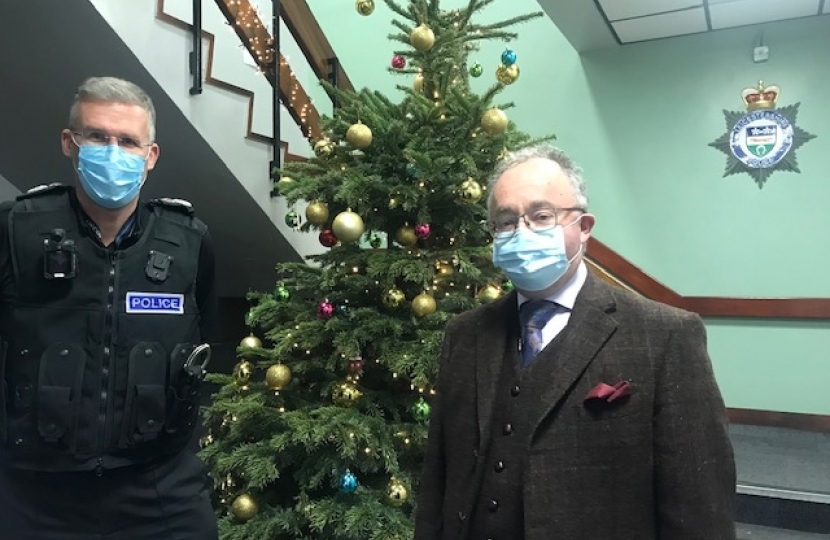 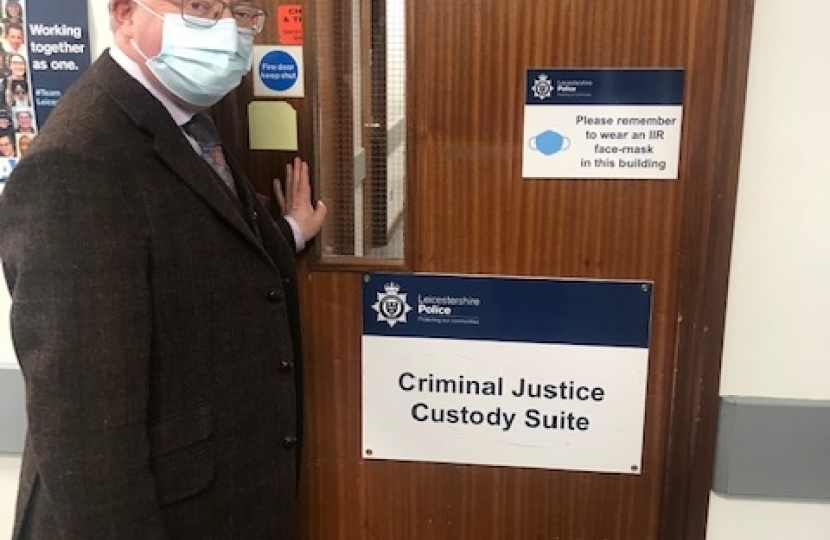 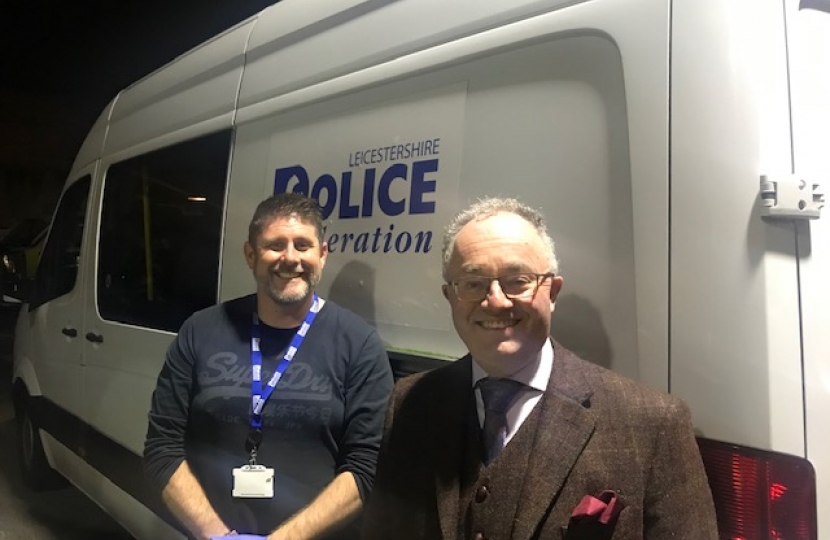 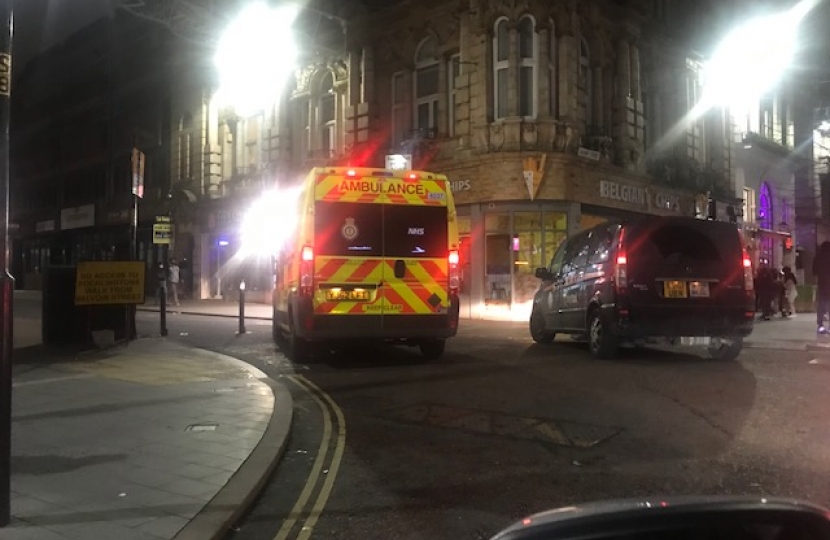 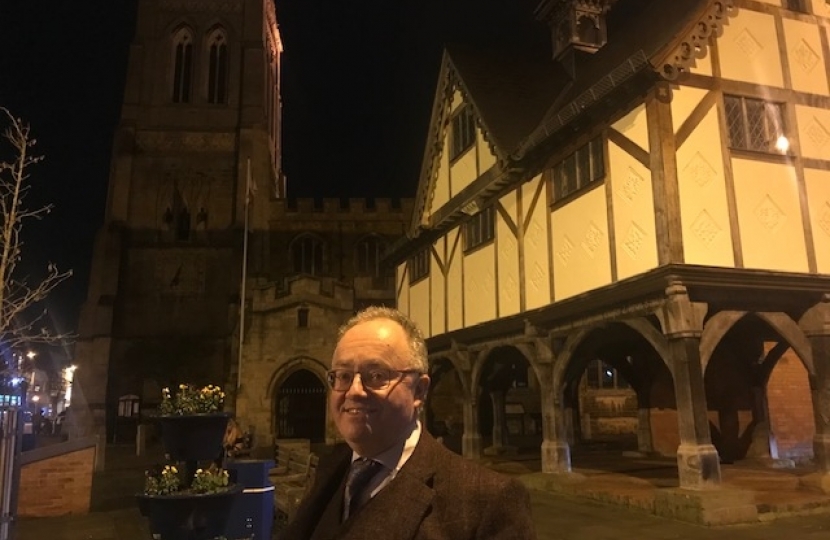 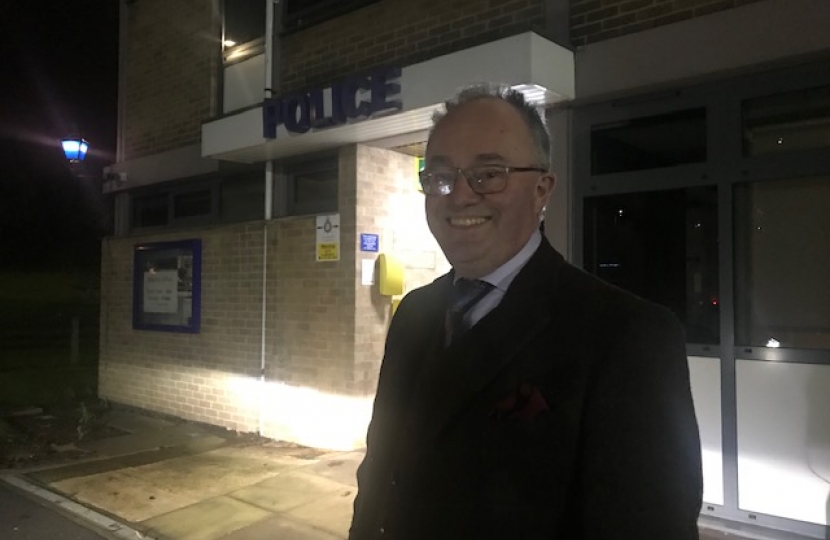 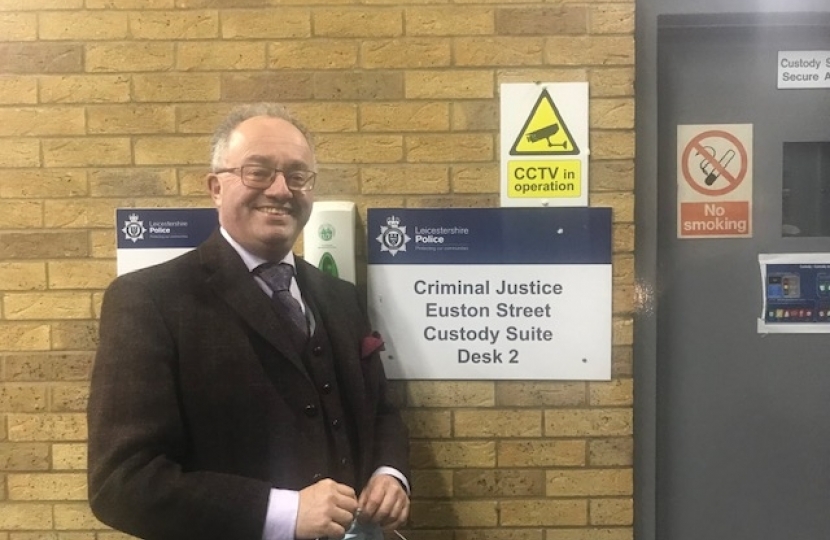 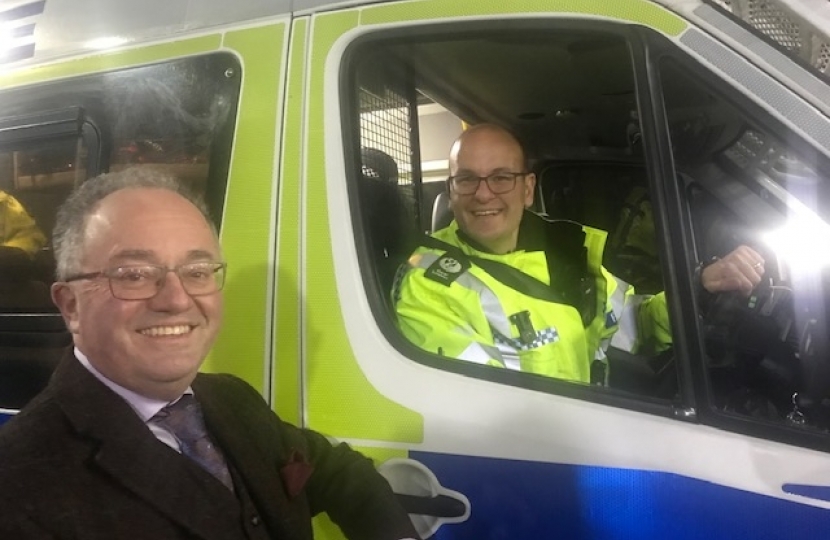 If you can think back to a time before all those mince pies, you may recall that my last blog signed off on 22 December with Oliver asking if I fancied a trip to the pub. But my beer was delayed somewhat when the Chief Constable walked into my office with an envelope – or rather a bombshell – in his hand. He told me that 11 years as the Chief his time in the Police force was up in March 2022 as he feels that this is the correct time for him to retire from the service. The envelope contained the formal confirmation of this, and the information that he would be standing down as Chief Constable.

As you can imagine, my pub plans went out the window. I sat down to pen an acknowledgement to Mr Cole putting on record my admiration for him and the public’s deep gratitude for his long years of service. The texts of my letter is reproduced at the end of this blog. We agree that the announcement will be made on 4 January.

I was woken up by a phone call from Assistant Chief Constable David Sandall. “I’ve not woken you up, have I?” he asks. I glance at the bedside clock. It is gone 9am.

“Not good news, I’m afraid,” Mr Sandall says. I’m unsurprised. It never is, but whatever it is I have confidence we have the team and the talent to respond professionally. Mr Sandall has clearly been designated the one to give me bad news. What is it? “There’s been a murder.” It turns out that the body of a man has been found in Evington Road. There is to be a public gold meeting held on Teams the following morning as there may be community sensitivities. I ask if there are any suspects. Mr Sandal says not, nothing to go on at all really.

I attend the community gold meeting. There is still not much to help solve the murder. The area is out of the reach of CCTV and door knocking has revealed nothing. Mr Sandal asks those present to ask around the community and promises enquiries will continue.

Meanwhile, time for me to get back to work. I’ve been given a pile of holiday reading to do by Grace of the Violence Reduction Network [VRN] and by Sarah of the East Midlands Criminal Justice Board [EMCJB]. I eye the pile dubiously. Better get started.

First up is the book “Bleeding Out”. This is an American book about urban violence and the impact it has on communities. The author, Thomas Abt, looks at both police action and how city councils seek to minimise street violence. Obviously it is written about American cities, but there will be lessons to be learned. It proves to be interesting, but heavy going. Academic. Lots of data.

I’m interrupted by another phone call from Mr Sandall. Arrests have been made in the murder enquiry.

Another phone call. Two men have been charged with murder. Mr Sandall might want to go and have a quiet lie down after giving me two bits of good news on the trot.

I eye the remaining pile warily, then opt for “The State of Policing” annual assessment by Her Majesty’s Chief Inspector of Constabulary. I get through the first hundred pages of dense, fact-packed text written in that strangely turgid style beloved of Whitehall civil servants. Then decide I need a break. Fortunately, it is now New Year’s Eve.

I head to Force HQ at 7:30pm to report to Chief Inspector Atwal. To my unpractised eye the rooms seems fairly busy, but Chief Inspector Atwal assures me it is only just getting going. “Things will liven up after midnight.” After watching the work for a while, I am handed over to Sergeant Kev Mistry who has drawn the short straw and is to be my escort for the night. “Shall we go?” he asks. I nod.

Only then do I spot the Chief Constable perched on a stool. When he sees Sergeant Mistry head for the door he jumps up, grabs a kit bag and follows. “I’m cadging a lift off you for the first part of the night,” he explains.

We head to “Tango Victor”, which I am informed is the CCTV control room for the City. Sergeant Mistry parks the car and we get out. “Here we are,” he says heading to an anonymous gate with no sign on it at all. We negotiate the tight security to get past the gate and into the building beyond. I am confronted by a vast bank of television screens – dozens of them! Two men are hunched over their computers, constantly scanning for signs of trouble. We watch the entrances to night clubs as the crowds gather. A knot of youths in hoodies in Granby Street attracts attention, but then they go on their way.

“I don’t want to use the Q-word”, says the Chief Constable to Sergeant Brennan, who is also watching the monitors. “So shall we say it is ‘steady’ instead.” Everyone nods.

We then head to the Keyham Lane custody suite. Sergeant Williams greets us with a weary smile. “Filling up nicely” he reports. I meet the nurse on duty to deal with any medical issues and have a look at her room. Then we are off again.

At Mansfield House we are greeted in the car park by a milling throng of officers. Also by the Federation Welfare Van, ably staffed by Adam Commons who is handing out hot chocolate and doughnuts to anyone who wants them. Even to the PCC. Grand stuff!

Inspector Perry takes control of the briefing at 10:30pm. When she has finished she kindly invites me to say a few words. I explain that I am there to watch and learn, but also to express the support of the public for the work that the police do – especially when faced by possible violence and insults from drunken revellers.

Then we are off. Sergeant Mistry drives me around the city centre. He stops every now and then to point out things to me. Almost invariably they are things that I have not noticed. A pair of constables are entering a bar, a young woman is lying on the ground being assisted by an ambulance crew, a street is closed off, a police van is blocking an alleyway, a knot of police officers are outside a night club. And we listen to a constant stream of messages coming in over the radio. A man has turned up the hospital with a stab wound. A teenager has gone missing. One of the night clubs is already full.

“About par for the course,” grins Sergeant Mistry. “Let’s try one of the county towns for a bit of contrast. Where do you fancy?” I suggest Market Harborough.

We arrive in Market Harborough as the clock nudges 1am. An ambulance dashes past us towards Great Bowden with its siren wailing, and a fire engine in tow. The town centre seems quiet – dang I used the Q-word. Several people are walking about and most of the benches are full. We stop and get out to have a look around. Then we head to the police station to have a chat with those who are on duty. I’m offered a cup of tea and a biscuit. I’m tempted but decline. We still have ground to cover.

At Euston Street we are welcomed by Sergeant Francis-Lang who introduces us to his team. He kindly explains how the system works and shows me the list of those currently in custody together with the reasons why they have been arrested. I’m surprised to see one person in for shoplifting. Is that normal on New Year’s Eve? “People will get up to anything when they’ve had a few,” I’m told. A new arrestee arrives, so I decide to get out of the way. Sergeant Mistry ushers me into a side room where there is a table spread with sausage rolls, crisps, haribos and assorted snacks. We resist temptation – for about 2 nanoseconds, then we tuck in.

By now it is well past 2am and I have to be out the front door by 9am to help at an event in my village, so I ask Sergeant Mistry if he can drop me back at Force HQ. As we leave the custody suite a van pulls up with Assistant Chief Constable Sandall at the wheel.

“Hello, Commissioner,” he calls. “Better stand back. The customer we’ve got in the back here might prove a bit toublesome.” I stand well back as Mr Sandall and his oppo unlock the back door of the van. As it happens there is no trouble as Mr Sandal escorts a beefy looking gent into the custody suite.

I leave the city with renewed admiration and respect for the officers who go out day after day, night after night to keep us all safe.

My heartfelt thanks to you all, whatever your role and wherever you work you all do a remarkable job in the ever-changing world we live in. My best wishes to you and especially your families who have a special role in supporting you as you go about your incredible business.

My letter to the Chief Constable:

Thank you for your letter of today’s date advising me of your intention to step down from your position as Chief Constable of Leicester, Leicestershire and Rutland Police and retire from policing in March 2022.

I recognise that this must have been a difficult decision after such a long tenure and a career that has seen many highlights, not least your Queen’s Policing Medal and the national lead for Neighbourhood Policing.  It is with total confidence that I can say whatever your future holds, you will undoubtedly succeed.

Your track record and reputation speak for themselves.  Leicestershire Police, officially a ‘Good’ force under your stewardship, was fortunate indeed when you were appointed Chief Constable in 2010.

On behalf of the residents of our City and two counties, I would like to formally thank you for your 12 years of exceptional service to public safety and the public we both serve.  Your commitment has, throughout that period, been unswerving and we live in a safer place thanks to your leadership.  It will be a tough act to follow.

Personally, I would like to take this opportunity to wish you every good fortune in the future, whatever that may hold and in whichever direction it takes you.

for Leicester, Leicestershire and Rutland