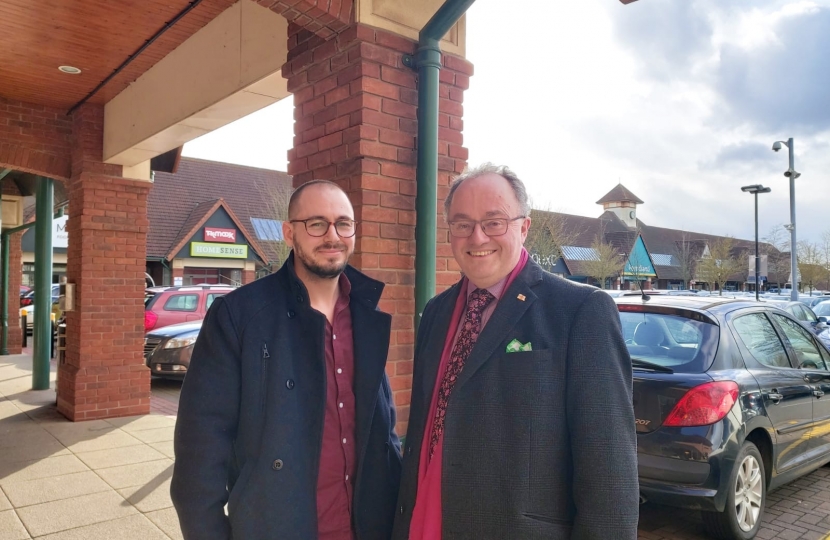 On Saturday I went to Thurmaston to talk to the excellent Conservative Councillor there, Matthew Brookes, about his cracking idea for a Digital Neighbourhood Watch scheme.

The concept is a straightforward one, though it will require a degree of co-operation. Matthew has noticed that when a crime occurs, the police need to spend time visiting residents and businesses to see if they have any CCTV that covers a relevant area and, if so, if the police could view it. If any of the CCTV contains relevant images, there is then another process to get the images available for use as evidence.

The answer that Matthew is suggesting is that a Neighbourhood Watch scheme be set up in the area. The scheme then contacts all residents and businesses to discover if they have CCTV. If they do, they are then invited to join the Neighbourhood Watch and give advance permission for their CCTV video to be made available to the police for use as evidence if necessary. This would greatly speed up the process of collecting evidence in the event of a crime.

But the idea has another important aspect. One of the key advantages of Neighbourhood Watch is that it can act as a serious deterrent to crimes being committed in the first place. If the CCTV are labelled as being part of a Neighbourhood Watch scheme any potential criminals would know that they are highly likely to be filmed as evidence. The deterrent impact of this cannot be over estimated.

Combining crime prevention, deterrence and assisting the police, this idea strikes me as one that is definitely worth pursuing. If it works here in Thurmaston, it could go on to be implemented elsewhere.

My congratulations to Cllr Brookes on coming up with this scheme. I will follow its progress with interest.