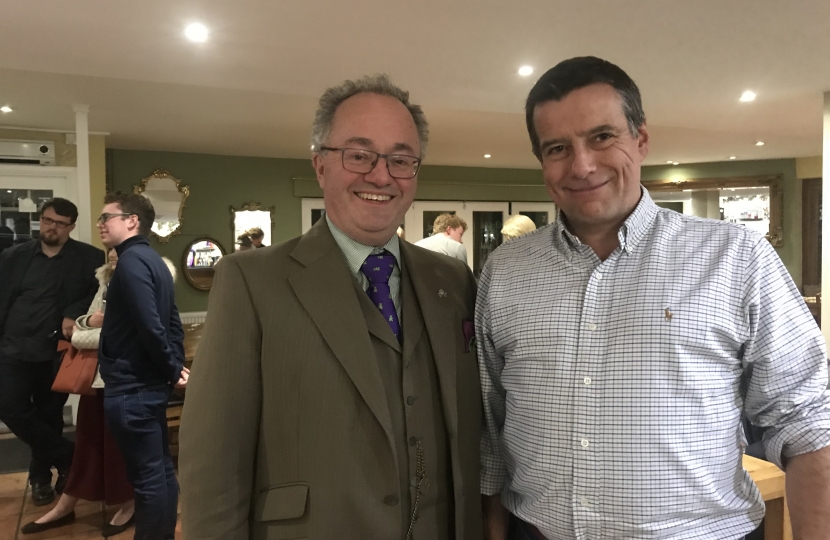 On Friday I went to Loughborough to meet with Cllr Ted Parton and Cllr Paul Mercer to discuss crime and policing issues in their Southfields ward of Loughborough. According to Ted and Paul much of the crime in their area is driven by drugs. The addicts will go out stealing to get the money that they need to fund their habit. They told me of who recent incidents – one of which was truly hair-raising.

The official figures bear this out. Over the year to August 2019 there were 292 burglaries, 90 thefts from a person, 368 shoplifting crimes and 277 other thefts in Loughborough. The vast majority are thought to have been due to drugs – and there were 205 drugs crimes as well. And without doubt it is anti-social behaviour that is the most visible of issus on the streets in this area.

The additional police officers coming to Leicestershire thanks to the Boris-led Conservative government will help to make a difference, as will the improved stop-and-search powers. In August alone 9 people were stopped in the town and searched for drugs. These targeted disruptive tactics by the police are an important tool in the fight against drug crime. The government will also give millions of pounds in additional funding go to the national body that targets county line drugs gangs – which are such a problem in Loughborough.

It is to be hoped that together these actions make a real change to level of crime highlighted to me by Southfield’s hard working Conservative councillors Cllr Ted Parton and Cllr Paul Mercer.