East Midlands MEP warns that no change to backstop will create hard border, not prevent one 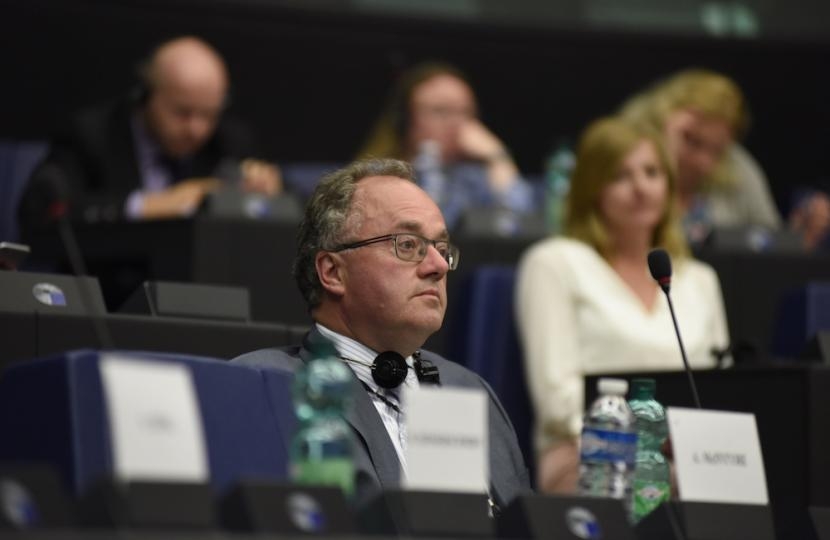 In a set piece debate in the Parliament on Wednesday, Ashley Fox, who leads the Conservative delegation, warned that far from preventing a hard border post-Brexit, it might create one if not amended.

Following the debate, Mr Matthews echoed these concerns by stating that a failure to budge on the backstop will mean that leaving without a deal will be more likely.

He said: “In the House of Commons this week, MPs reached a consensus on the backstop. It gave the Government renewed hope that with a little compromise and flexibility, we can finally reach a solution to the Brexit impasse.

“In response to this however, the EU has said there would be no changes to the backstop and that would be final. The irony is, this will make it more likely we will leave without a deal and more likely of a hard border on the Ireland of Ireland.”

Mr Matthews comments came shortly his own leader in the European Parliament, Ashley Fox, warned of the same thing. Mr Fox pointed out that EU chief negotiator Michel Barnier said last week that in the event of no deal, the bloc would find an alternative “operational way to carry out checks and controls without putting back in place a border.”

Mr Fox said: “Let us look at that now. Let us consider whether time limits and exit mechanisms offer a solution. Let us proceed with goodwill, remembering that flexibility and generosity are not signs of weakness but of strength.”

Mr Matthews added: “Ashley finished by quoting Churchill. I can do no better: ‘Let us move forward together’.”