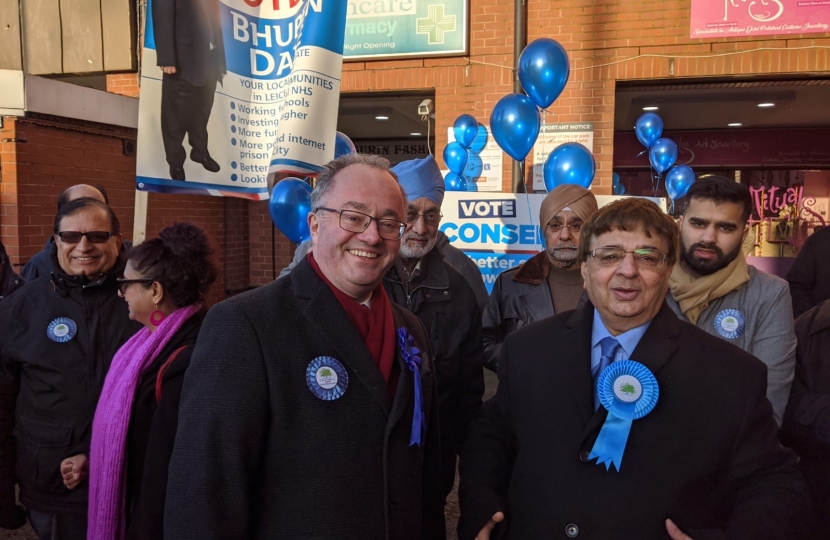 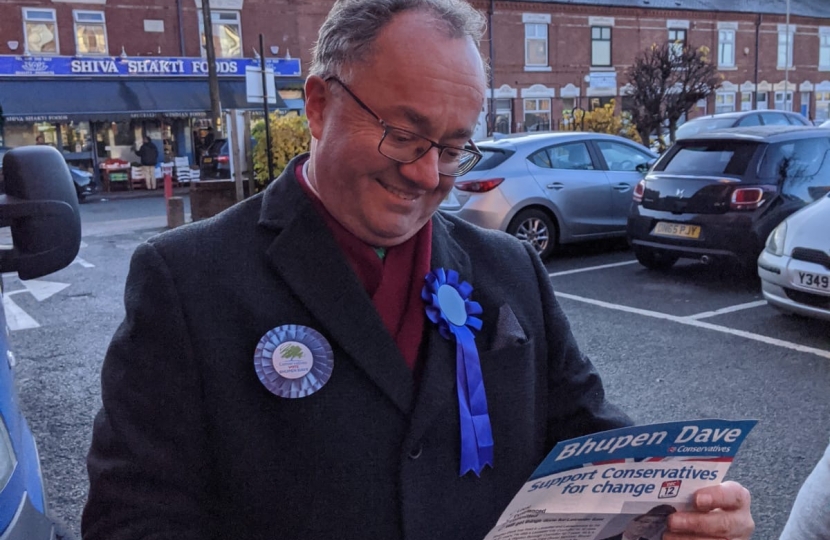 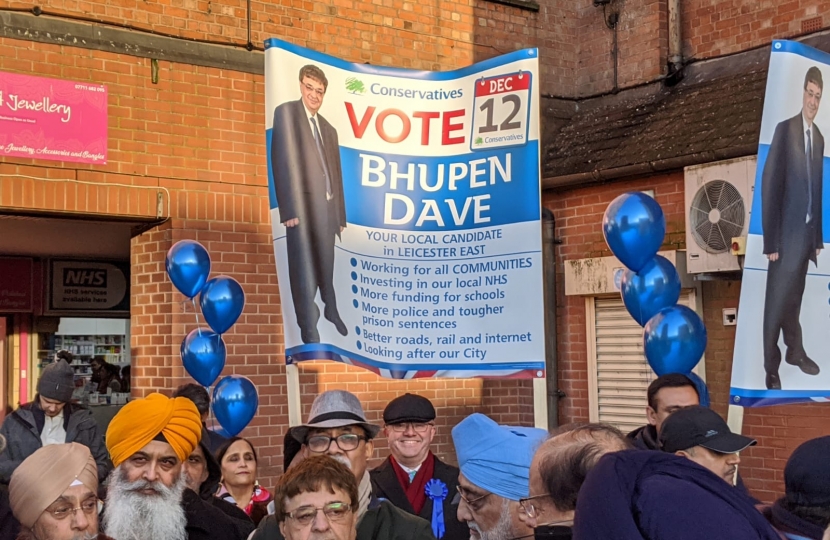 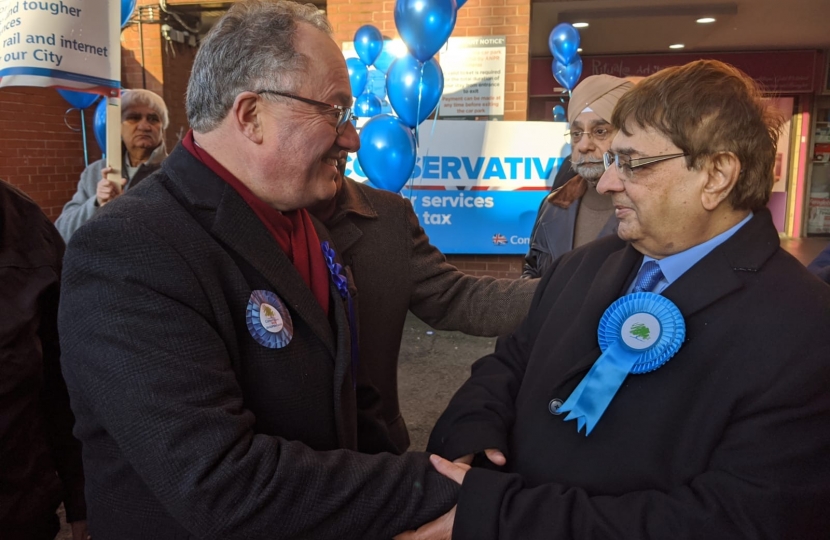 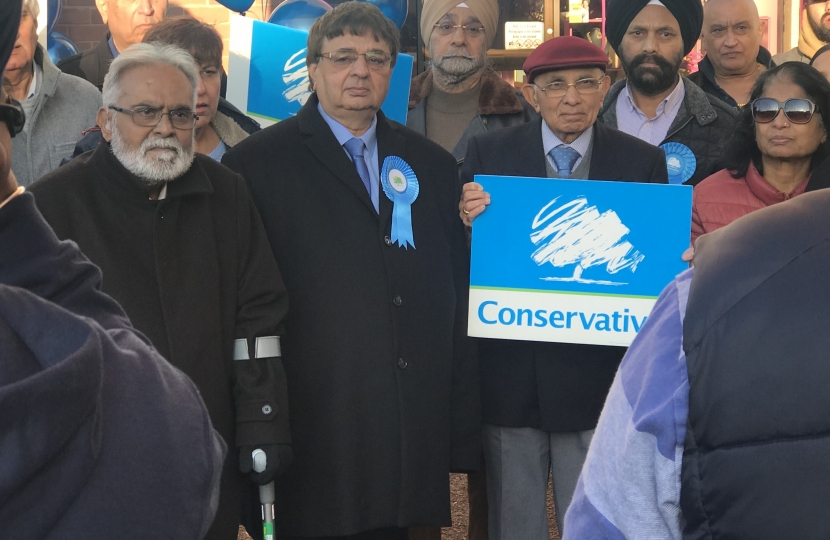 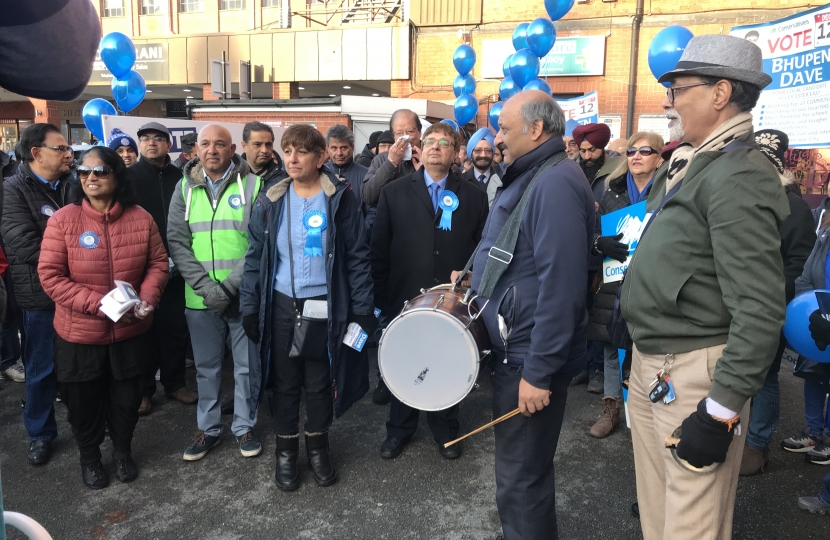 In the General Election of 2019, Labour had a new candidate to defend their majority of 22,000. The Conservatives selected the hard-working local businessman Bhupen Dave as their candidate. I was delighted to lay my part in his campaign and was massively impressed by the effort that Bhupen put into the campaign. At the result we found that Labour's majority had been cut to just 6,000 - a massive swing of over 15%. Well dond Bhupen!