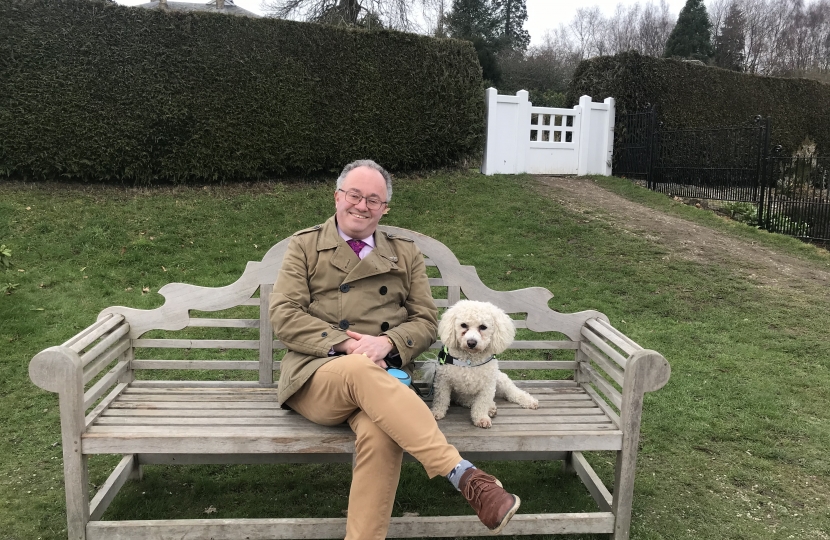 BBC Leicestershire has reported that our area is one of the worst affected in the country. Pet thefts have doubled in the last year. It is important to keep this issue in perspective, however, as 2020 saw only 41 confirmed pet thefts in the Leicestershire Police area.

I know how much my family love our dog Mr Fluffles (pictured above) and would be devastated if he was stolen. Many cat and dog owners feel the same.

Nevertheless, it is undoubtedly true that pet theft is not treated with the seriousness it deserves and reform is urgently needed. Tragically, only 1 in 5 pets that are stolen are ever returned to their owner. Only about 1% of pet thefts lead to charges. That is not good enough.

Punishments are often related to the monetary value of a pet, which means that they do not reflect the distress and heartache that these crimes cause. When a conviction does occur, it usually results in trivial fines rather than imprisonment – no matter how many pets have been stolen.

Although the Theft Act of 1968 allows a maximum penalty of up to 7 years, this never seems to happen. The majority of prison sentences awarded are less than six months. This Act is over 50 years old and may need amendment. Pet theft is Low Risk and High Reward, attracting organised crime.

A Dog Trust survey found that 99% of respondents considered their pets to be a family member.  Any dog owner knows the real and intense pain felt when their pet is injured, dies or is stolen.

We need to get some action taken urgently to help tackle this problem. Some are already doing so. Our local MPs Dr Luke Evans and Alberto Costa are taking an interest. The government has set up a “petfishing” scheme to give helpful advice to would-be pet purchasers on how to avoid buying a stolen pet and find a respectable breeder and dealer. Find details here: https://getyourpetsafely.campaign.gov.uk/

But I want to go further. If we are serious about tackling pet theft: