July 1st - The First Day on the Somme 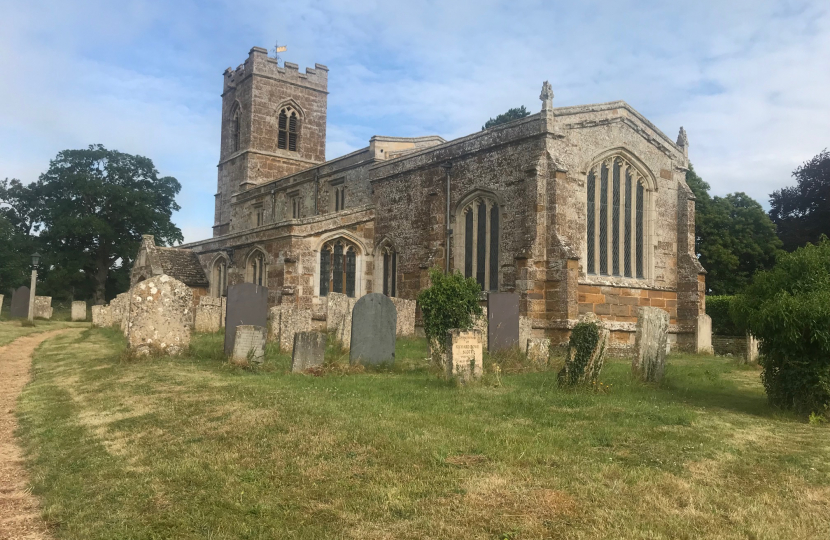 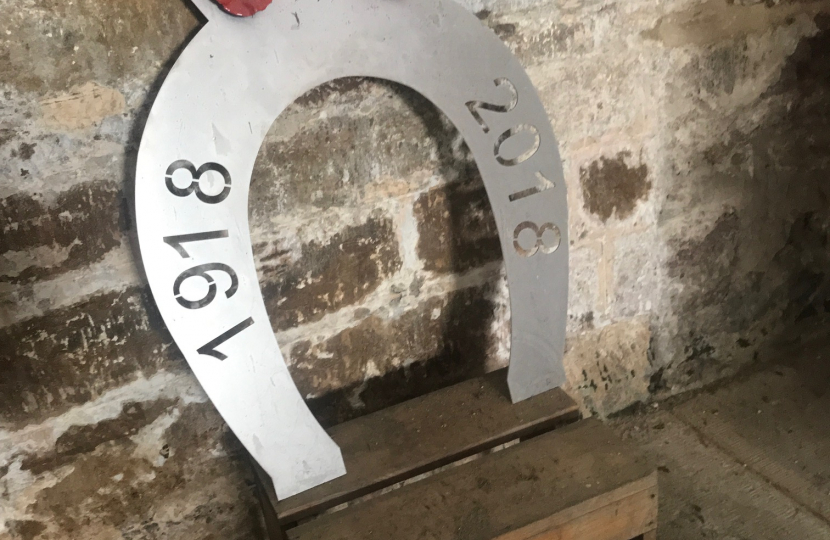 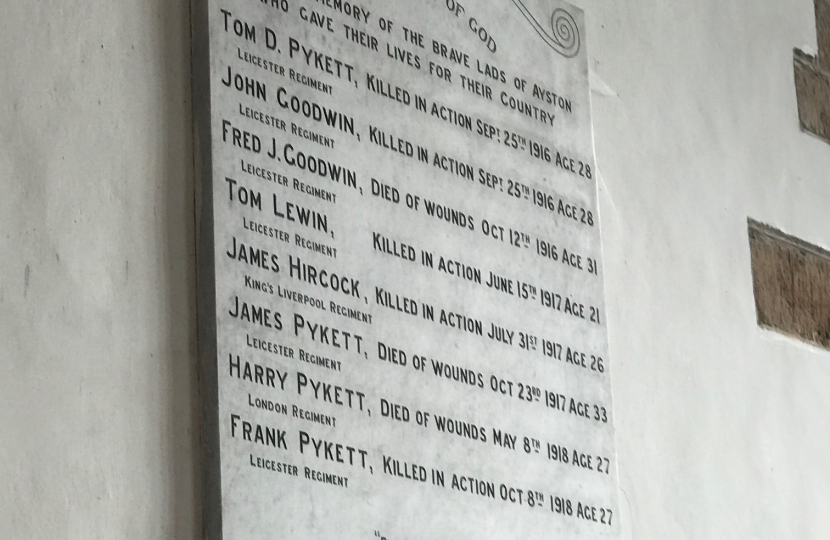 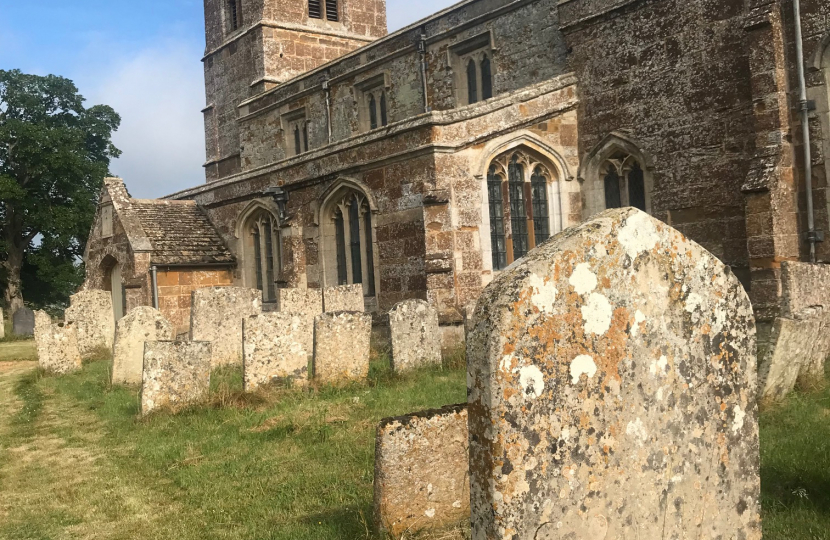 Today is the 106th anniversary of the First Day of the Somme, the bloodiest day in the history of the British Army. On that day 20,000 British soldiers were killed, and 60,000 wounded. Among the dead that day were the following Rutland men:

I have come to Ayston to view the memorial to the brothers Frederick and John Goodwin and to Tom Pykett, all from this village – and who were all killed during the Battle of the Somme.

Private John Goodwin was a son of John and Harriet Goodwin of Ayston who had 12 children altogether. John Jnr was born on 9 June 1888. He joined the Leicestershire Regiment in March 1916 and worked as an electrician at various military camps before going to France on 9 August 1916. He was killed in the advance on Gueudecourt during the Battle of the Somme on 25 September 1916. The battalion war diary reports: "The morning was spent making final preparations for the attack. Enemy shelling not heavy and a few casualties were sustained. Waves formed up in front of trenches. Advance commenced...enemy immediately commenced an extremely intense and deep barrage. First two platoons of D Coy reached Gird Trench but sustained heavy casualties. All Coy officers becoming casualties...Remnants of first two waves of C Coy reached Gird Trench but owing to machine gun fire on the right and the brigade on the right having failed to take Gird Trench, the party were all killed or wounded." The diary says a tank supported by a bombing party eventually cleared Gird Trench and took more than 350 prisoners. A comrade stated he was close to John at the time he was killed, in a bit of sunken road they had managed to get to after advancing 200 yards. John was hit by three machine gun bullets, and killed instantly. John has no known grave and so he is remembered on Pier 3A of the Thiepval Memorial and also in Ayston Church, on the war memorial with his brother.

Private Frederick John Goodwin was born in the village on 3 April 1885, the fifth son of John and Harriet Goodwin who had a total of 12 children. He joined the Leicestershire Regiment in March 1916 and went to the front on 4 August. Just seven weeks later, on 25 September, he was badly wounded in the same attack on Gueudecourt in which his brother was killed. His battalion had left Bernafay Wood in the morning, heading to the support line from where the 8th and 9th Leicestershire battalions had started the attack and had suffered heavy casualties. By the end of the day, men from the 6th Battalion were occupying Bull Road Trench and Pioneer Trench where they were heavily shelled during the night. According to Fred's service record, at some point during the day he was shot in the back, the bullet passing through his spine which paralysed him. Fred was evacuated to England but died in the Red Cross Hospital at Netley, Hampshire, on 12 October 1916. His body was brought home to Ayston where he was buried in the churchyard four days later. Fred and John are both remembered on Ayston's war memorial inside the church.

Also from Ayston, and also killed in the Battle of the Somme, was Corporal Tom Pykett. Tom was the middle son of George and Amelia Pykett. The family was originally from Exton, and Tom was born in Wardley. The family later moved to Ayston closer to their cousins who were already living there. Tom was a carrier's assistant before the war. He joined up on 31 March 1916, and served in France with the Leicestershire Regiment. He was killed in action on the morning of the 15 September during the Battle of the Somme. The Leicestershires were part of 71st Infantry Brigade which took part in an ambitious attack aimed at capturing Morval, Lesbouefs, Gueudecourt and Flers. The battalion war diary described what happened: "At about 5.50am two enemy aeroplanes appeared above us but did not stay long. About this time also a tank was noticed on our right moving quietly up to the enemy's front line. On arriving there he immediately opened fire with his machine guns enfilading the German trenches on either side. He was very heavily fired on by the enemy's machine guns which apparently had no effect." Zero hour was fixed for 6.20am. "The leading Companies advanced at the walk at 30 yards distance between lines. A heavy machine gun was immediately opened by the enemy. The support Companies followed in the same formation 300 yards in rear of last wave of leading Company." Things were beginning to go wrong. "The mist and smoke was terribly thick and allowed no observation by support Companies and Battalion HQ as to exactly what was happening...throughout the advance the battalion suffered very heavily from machine gun fire...and held up by very strong and undamaged wire in front of Quadrilateral [a German strong point]." The attack petered out and eventually the Leicestershires were forced to withdraw with casualties of 14 officers and 410 men killed and wounded, including four others from Rutland. Tom has no known grave and today is remembered on Pier 3A of the Thiepval Memorial and also on the war memorial inside the church at Ayston.