Keeping our Streets Safe – The Story so Far 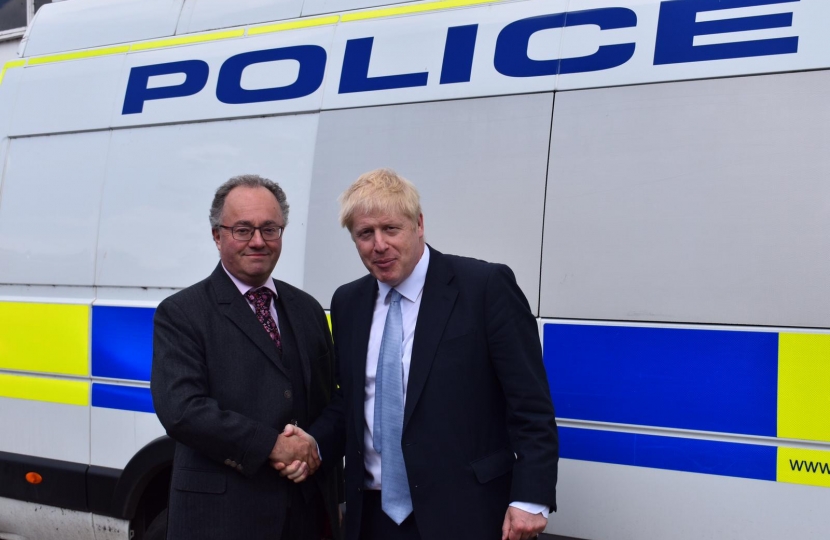 Since Boris became Prime Minister there has been a flurry of announcements on all sorts of subjects – most recently on Education.

As with all such announcements there has been a fair degree of repetition, overlap and discontinuity. The media are usually keen to move on to the next headline grabbing issue, so don’t always cover the underlying details. And with Brexit consuming most media outlets and politicians the situation is now even more fragmented than usual. So I thought I would take stock of what has been announced on Policing and law and order issues.

First it is worth sketching in the background. The past few years have seen a worrying increase in crime – and especially violent crime on the streets. Boris is undoubtedly correct to say that it is a prime duty of the state to ensure safety on the streets. This is not a new duty. It was famously said of one medieval English king [I think it was Henry I] that a virgin could lead a child by the hand while carrying a bag gold and walk from one end of the kingdom to the other without coming to any harm.

Most of the people I have spoken to about this in Leicester, Leicestershire and Rutland say that they want a higher police presence on their streets – a view expressed more forcefully in the more rural towns and villages.

The Conservative government has responded by announcing that they will put 20,000 extra police on our streets. This unprecedented drive to deliver 20,000 more frontline police officers over the next three years will start in September with the launch of a national campaign, overseen by a new national policing board.

The government will also extend their powers to stop and search, surely a key weapon in the fight against street crime. Making it simpler for the police to use emergency stop and search restrictions to take knives off our streets. The government is also empowering more than 8,000 police officers to authorise enhanced stop and search powers, as part of our efforts to crack down on violent crime.

Thirdly, ministers are reviewing sentences for serious criminals. There is some anecdotal evidence that sentencing is sometimes rather weak. An urgent review of sentencing will ensure the public are properly protected from the most dangerous criminals. This will focus on whether violent and sexual offenders are serving the right sentences and consider whether changes are needed to lock criminals up for longer.

If sentencing does become more robust, there will be a need for more prison places, among other things. So the government is creating 10,000 extra prison places to hold the additional offenders who will be caught, charged and sentenced. Up to £2.5 billion will be spent on creating modern, efficient prisons to better reform criminals and keep the public safe, while an extra £100 million will aid the crackdown on crime within prisons.

In contrast, Labour have really not been saying very much at all. And when they do make some sort of announcement it is, to be frank, disappointing. Jeremy Corbyn and the Labour Party are opposing the powers the police need to keep our streets safe. Labour have voted against additional funding for the police, opposed stop and search and other measures to reduce serious violent crime, and advocated shorter prisons sentences for criminals. Jeremy Corbyn voted against changing the law so anyone caught carrying a knife for a second time would face a custodial sentence.

Taken together it is clear that the Conservative government under Boris Johnson is working with the police to tackle serious violent crime, empowering them and sending a clear message to criminals that they should be feel terror at the thought of committing offences.