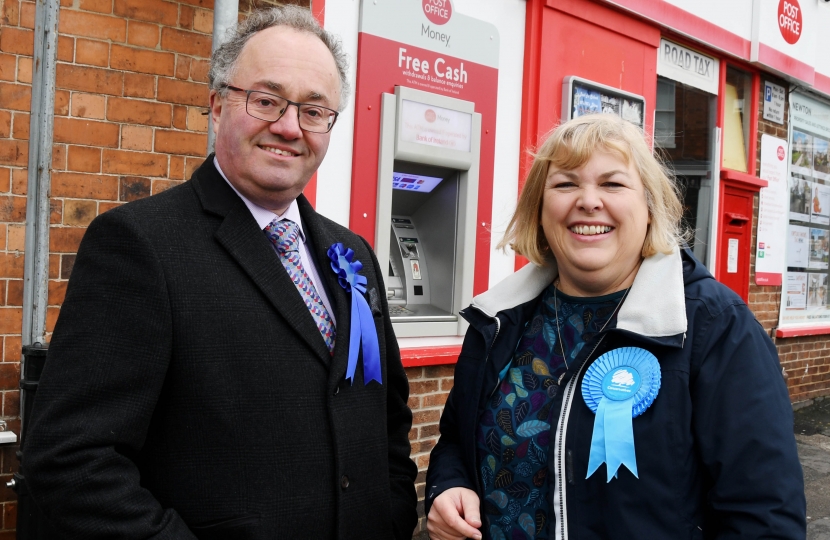 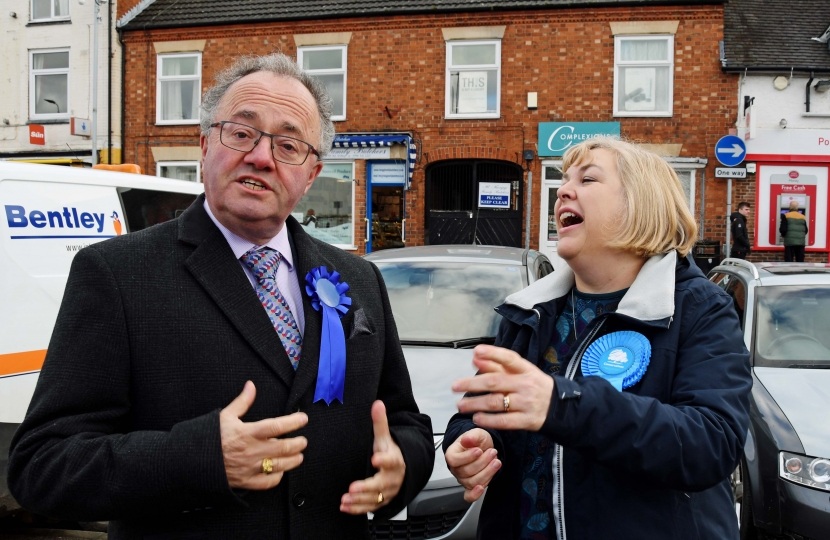 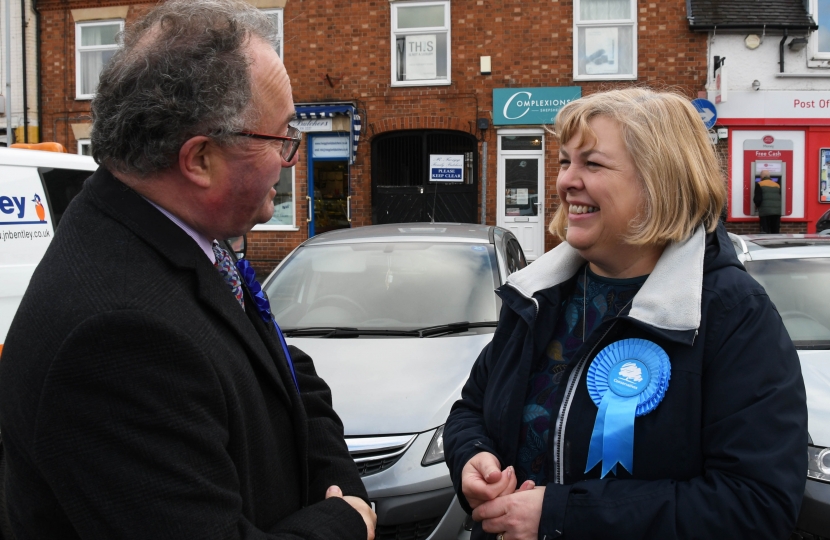 On Saturday, I met with Jane Hunt in Shepshed to view the post office which was wrecked a couple of years ago by crooks as they stole the cashpoint machine. That brutal raid took place at 2.30am when the crooks drove an industrial al-terrain forklift into the post office and tore out most of its façade in order to get at the cash, which was then loaded into a van and driven off. The criminals were later arrested and convicted.

Jane has just been selected as the Parliamentary Candidate for the Conservatives in the Loughborough constituency - and it must be said that she is hitting the ground running.

While in Shepshed Jane paid tribute to the marvellous work of our local police for the work that they do, and in this case in particular. A lot of work went into securing these convictions, meaning that three dangerous men have been taken of our streets. The Conservative government has already announced that an extra 20,000 police will soon be on our streets and has made stop and search easier to carry out. Combined with other robust policies these show that the Conservatives are determined to improve law and order in our country.

It was great to meet a candidate in this General Election who understands the importance of cracking down on crime and who supports our police in the fantastic work that they do. As Conservative prospective candidate for the position of Police and Crime Commissioner next May, I fully support Jane Hunt. I cannot think of anyone who I would rather be working with as the MP for Loughborough constituency.

Vote Conservative on 12 December to get better law and order policies.