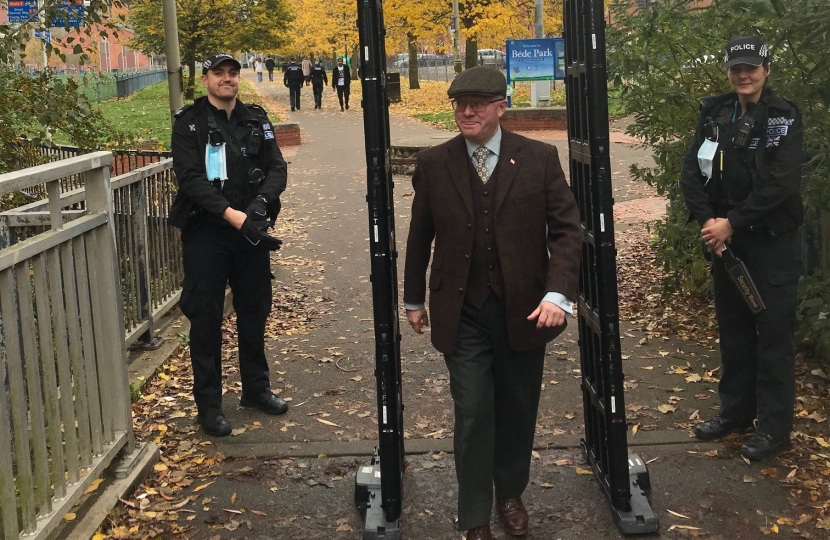 Leicester, Leicestershire and Rutland Police and Crime Commissioner Rupert Matthews has welcomed plans to give police officers extra powers to help protect the public from the threat of terrorism.

The Home Office has published a new paper outlining changes in the draft revised code of practice for England, Wales and Scotland covering the exercise of stop and search powers under the Terrorism Act (TACT) 2000.

It contains a new stop and search power which enables a police officer to search a terrorist offender who has been released on licence and not recalled, and whose licence includes a search condition, at any place the officer has legal access to.

To utilise the proposed power, the officer must be satisfied that it is necessary to do so for the purposes of protecting the public from the risk of terrorism.

The move has been taken in response to recommendations made by Jonathan Hall QC following an independent review of the Multi-Agency Public Protection Arrangements (MAPPA) used to supervise terrorist and terrorism-risk offences on licence.

The review was commissioned by the Home Secretary following the terrorist attack at Fishmongers Hall in London in November 2019.

Reacting to the news, Mr Matthews said: "I welcome this important move which gives police officers greater clarity and powers to do their jobs more effectively and potentially save lives.

"We must leave no stone unturned to keep the public safe from the threat and risk of terrorism. I hope these proposed changes receive the backing of the government swiftly so they can be utilised by officers as soon as possible."

The government has also taken the opportunity to make other minor amendments to the code to ensure it reflects current legislation.

The draft revised code was laid before Parliament this week and will come into force once it has been debated and approved by both Houses of Parliament.