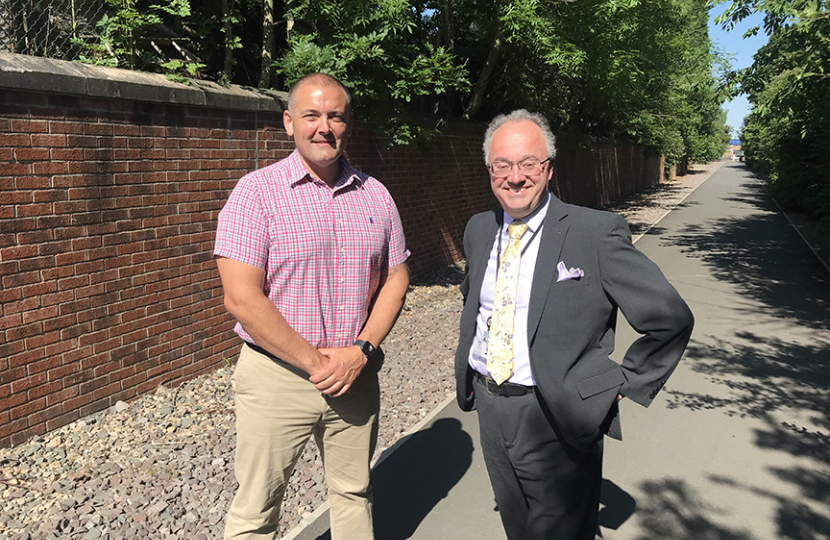 Councillors Smith and Woodman met Mr Matthews to ask what can be done about the ASB and drug dealing.  Residents wanted action, and the council closing the gates at 6 pm only restricted law-abiding residents' use of the path, not criminal behaviour.  Mr Matthews responded by getting in touch with the local beat commander and examining possible solutions.

Insp Muldoon and his team installed ‘Way Markers' near Oliver's Path, which monitor how frequently dedicated neighbourhood and neighbourhood policing officers patrol an area. ‘Way Markers' encourage increased attendance to the site, and Councillors are kept fully up-to-date about any developments.  Police are working with the council to get the path fully re-opened.

Mr Matthews was happy to receive news that operation bodyguard has yielded a number of success stories in the area, including possession charges, multiple warrants, and closure orders on an address.

Talking about the action being taken, Mr Matthews said, "I am so thankful for Councillors Smith and Woodman for bringing this to my attention.  Their local knowledge and cooperation was invaluable.  Only by communicating with partners and the police can we begin to solve the problems that blight our communities and worsen people's quality of life.  It's not entirely solved, but I am reassured that the Councillors are in regular contact with officers and that Coalville is taking serious and appropriate action that has already begun to show results.

My thanks to the local officers, Insp Muldoon and Sgt Ludlam, for their involvement and rapid responses.

If we are to ensure effective policing in Coalville, people must report crimes via 101."