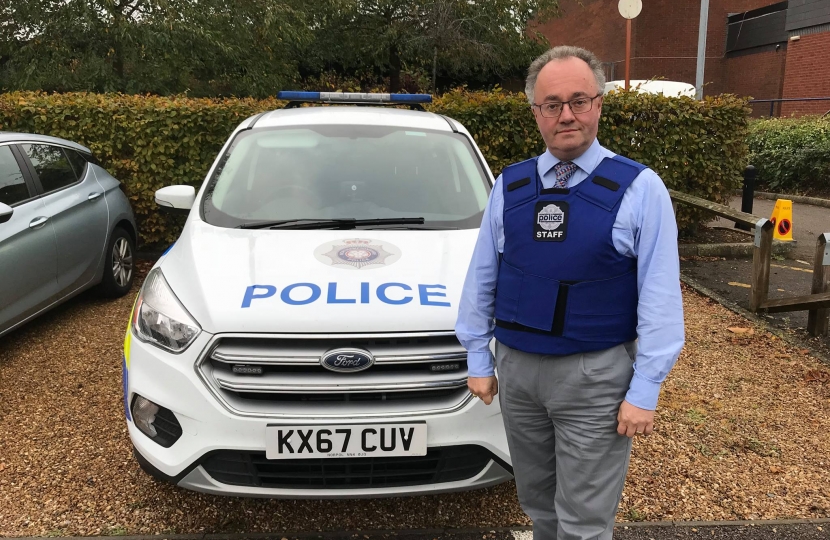 Policing Minister Kit Malthouse has written to PCCs about a Government amendment tabled for the Police, Crime, Sentencing and Courts Bill to make assaults on retail workers an aggravated offence carrying harsher punishments by the courts.

The amendment will be debated during the Report Stage of the Bill in the House of Lords. If it is agreed by both Houses, it will become law in 2022.

Mr Matthews is determined to increase support for businesses and retailers and do more to tackle the crime issues impacting on their organisations.

The Commissioner has held meetings with local retail representatives to discuss solutions to the issues impacting the sector, including cracking down on fraud.

Mr Matthews said: “I am fully behind this amendment and the reassurance it will send out to our hardworking retail and business community in Leicester, Leicestershire and Rutland.

“Members of the public who work in public-facing roles deserve our utmost respect and consideration. They also deserve to feel safe. Unfortunately, all too often they face threatening, abusive or violent behaviour – a disgraceful situation that has intensified during the pandemic and must be stopped.

“Many shop workers have put their safety aside to serve the public during the health crisis and it is only right that they are afforded greater protection in law. This amendment out a clear message that assaults against retail staff – verbal or physical – are totally unacceptable and will not be taken lightly by the justice system.”