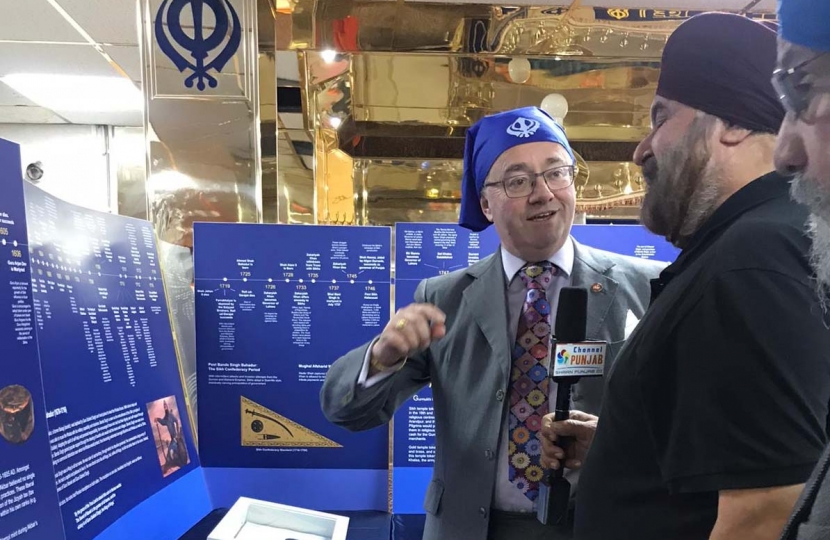 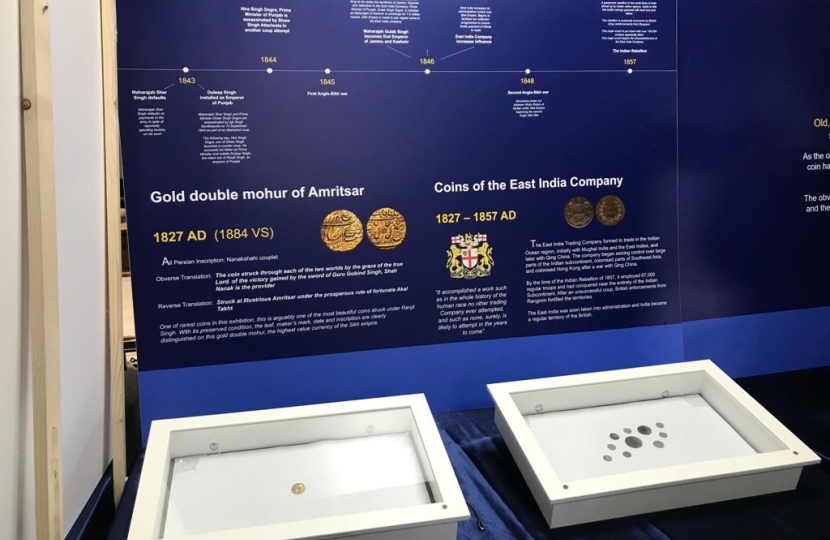 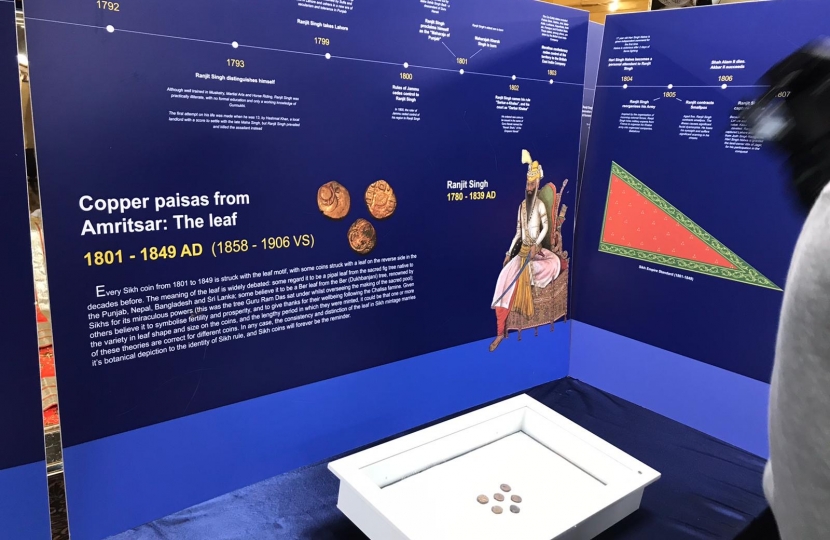 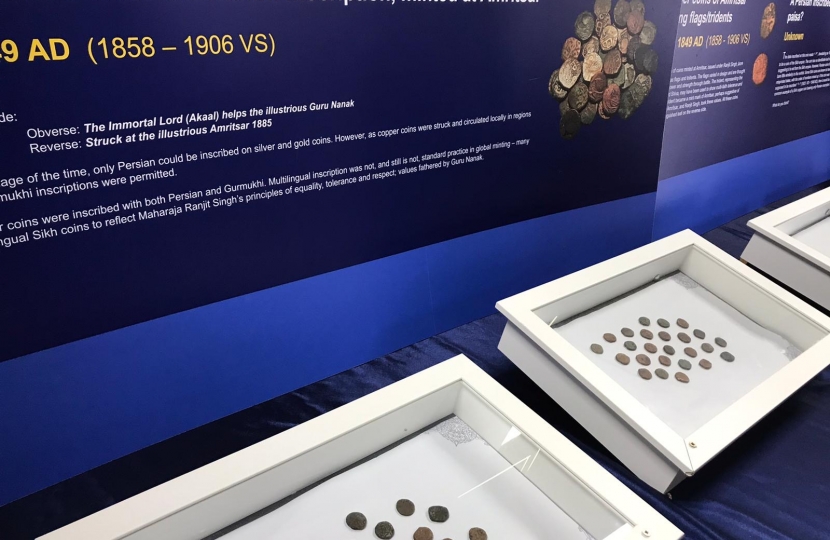 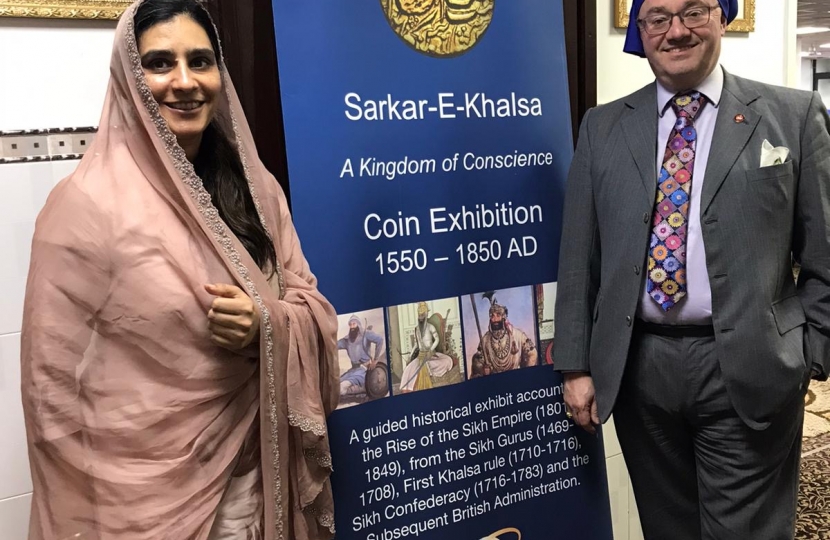 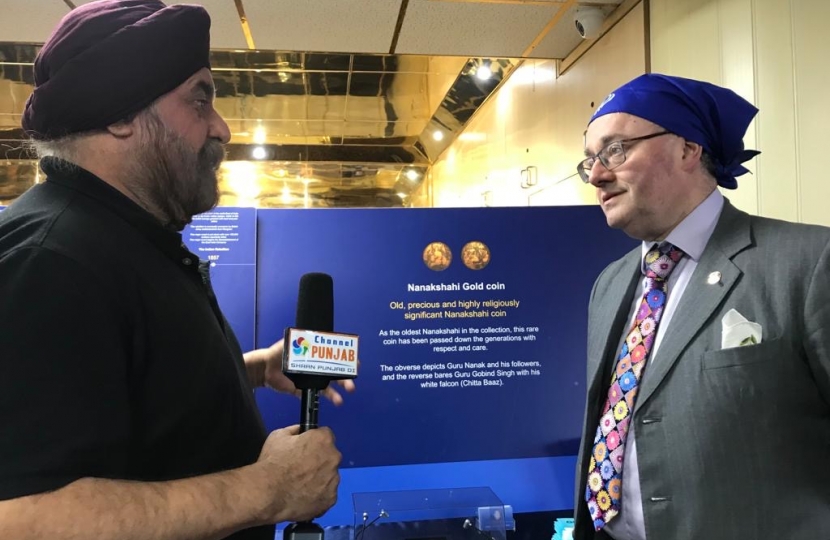 When I heard that a travelling exhibition of Sikh coins was coming to Leicester, I was determined to pay a visit. I began collecting coins myself when I was boy, fishing old coins out of the change I got when buying sweets and toys. Then along came decimilisation, which rather ruined the excitment of finding a penny from 1872 in your change, but my enthusiasm was undeterred. I eventually built up a collection of several hundred English coins dating back to the reign of King Richard the Lionheart.

The display of Sikh coins was put on by the Global Sikh Vision charity, and I was privileged to be shown around by Ravinder Pal Singh who was curating the display on its nationwide tour. I fascinated to see the very earliest copper paisas from the 16th century. I noticed that while in Europe we tended to make coins wider as they increased in metal content, the Sikhs made them thicker. There were paisas coins from a wide range of history, plus silver rupees from 19th century Amritsar and a gold double mohur struck under Ranjit Singh in 1827 - which I found the most beautiful coin in the collection. And to round things off, there coins minted by the East India Company that circulated in the Sikh Kingdom.

Ravinder Pal Singh was a massively informative host, who brought the exhibition to life with his in depth knowledge of the subject.

The Coin Display was the subject of a news report by Community Punjab TV - in which I have a short appearance. See above.

The exhibition was raising funds for the Global Sikh Vision charity. You can visit their website HERE.