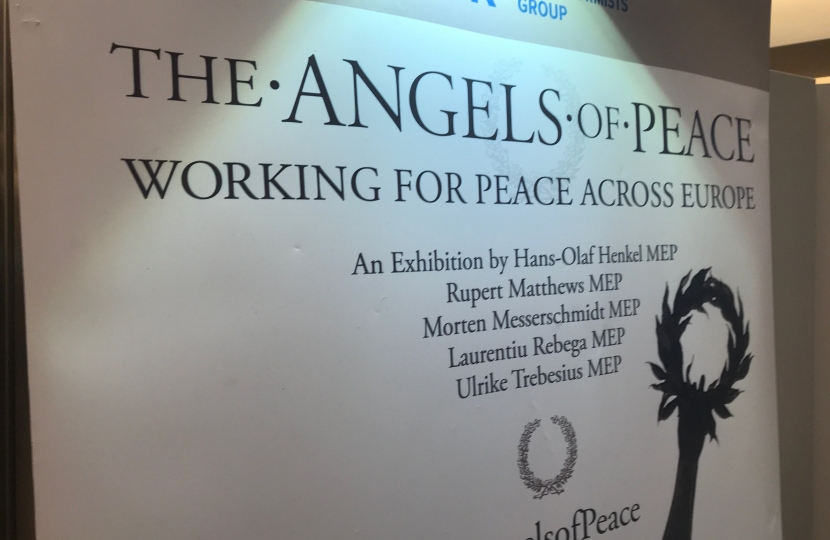 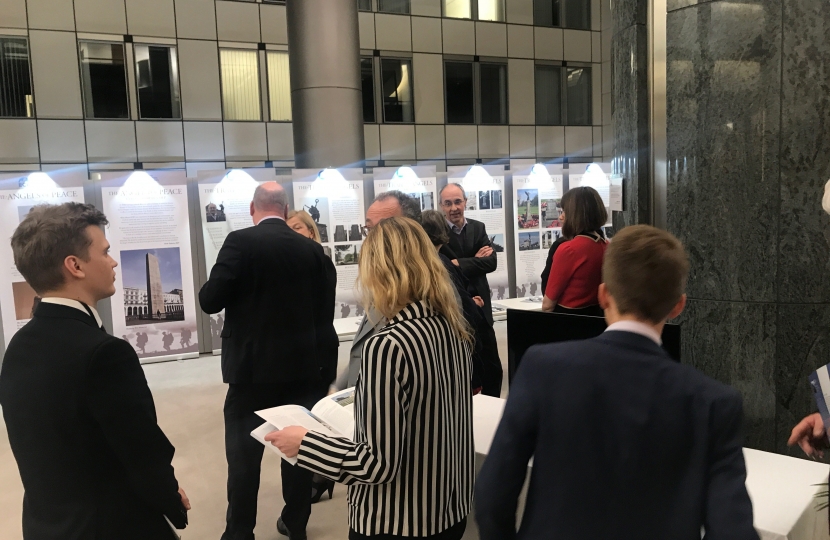 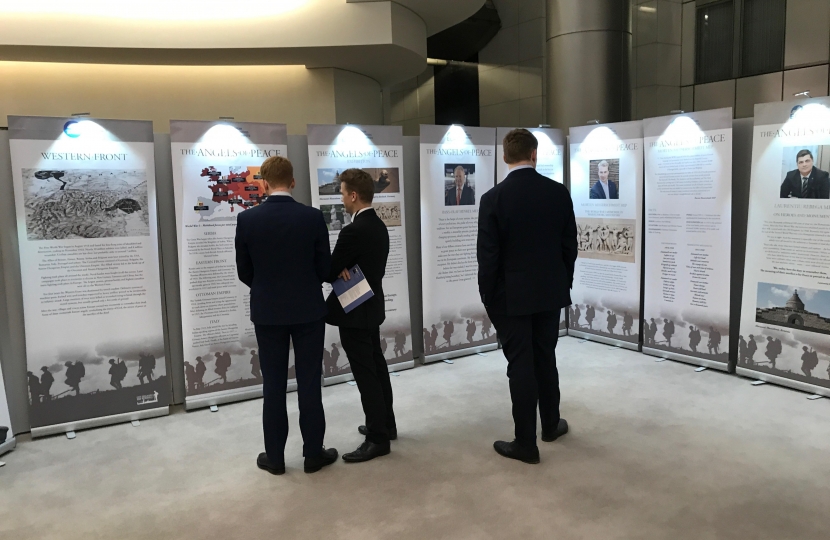 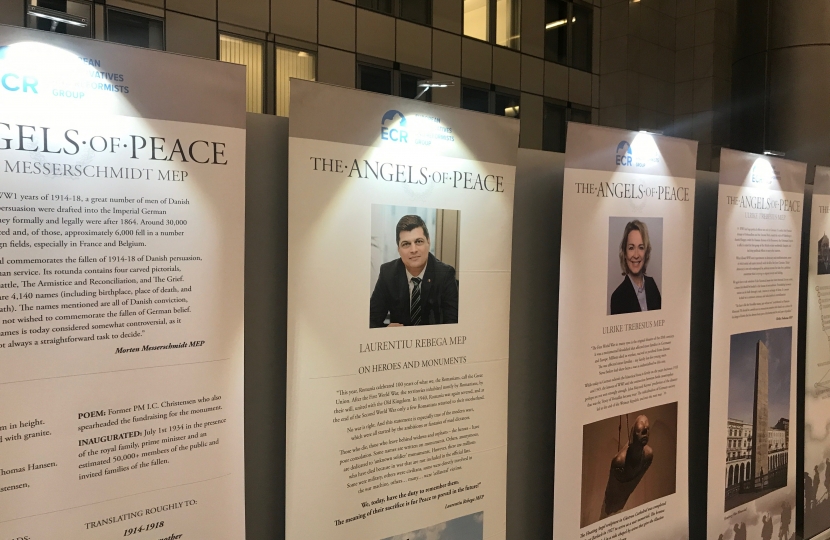 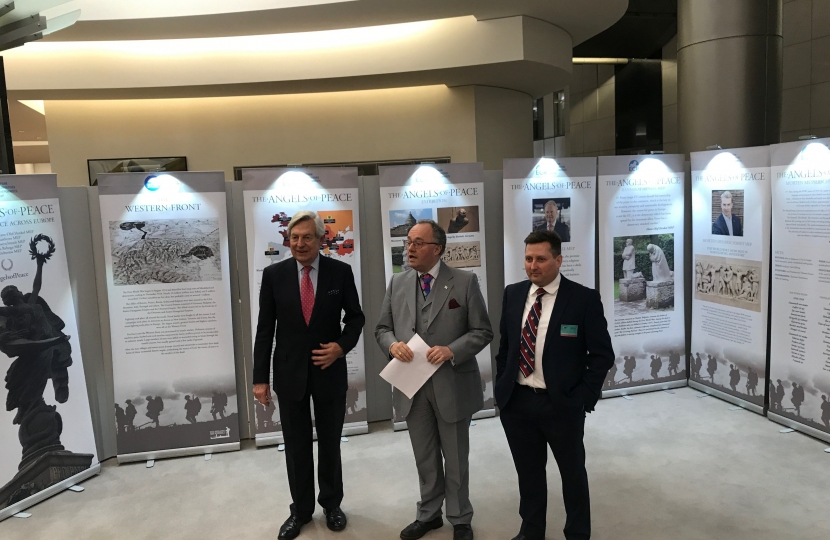 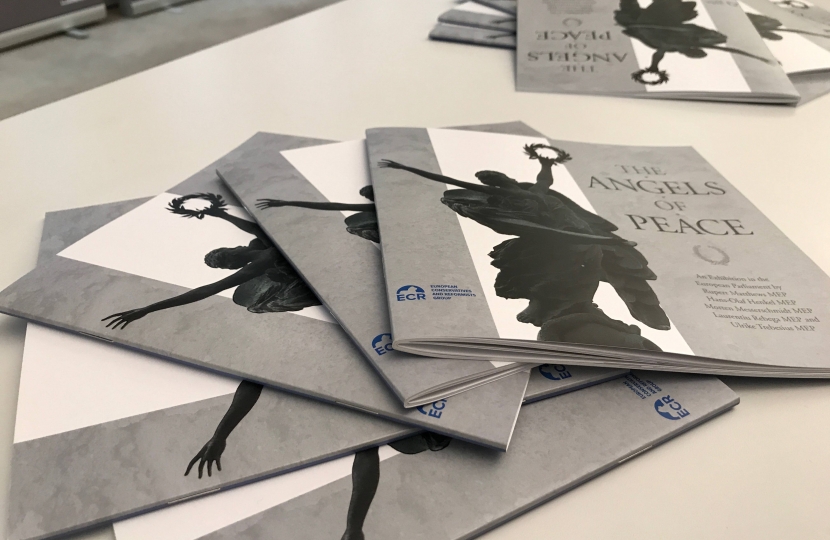 War memorials in the East Midlands have featured in an exhibition at the European Parliament last week.

It was put together by Conservative MEP Rupert Matthews after he saw an eye-catching war memorial in the Derbyshire village of Hadfield.

"It stands in the village centre and comprises a stone obelisk topped by a large angel statue," explained Mr Matthews, who is chairman of the East Midlands War Memorial Association. "It made quite an impression on me and I decided to see if there were any others like it."

He found a string of angel memorials across East Midlands as well as France and Belgium. It included a distinctive 25-foot high obelisk featuring an angel in Buxton, Derbyshire, a stunning angel statue in Ratby, Leicestershire and a

The same symbolism continues in France, with angels featuring on memorials in Arras and other towns devastated during the first world war. Mr Matthews ended his trail in Ypres, close by where his great uncle was killed in 1916.

The European Parliament exhibition, entitled Angels of Peace, opened on 4 February and featured pictures and details of all the memorials on Mr Matthews' trail, along with four extra memorials in Germany, Romania, Denmark and Belgium which were nominated by his fellow MEPs.

Mr Matthews said: "The angels show the shared cultural heritage of the European nations that were torn apart by war but are now united in peace. By emphasising what we have in common we can put our difference into perspective.

"This exhibition was particularly poignant as it was co-hosted by Hans-Olaf Henkel, an MEP from Germany. His house was destroyed in a 1944 bombing raid at the same time that my father was serving with RAF Bomber Command. Now, thankfully the nations of Europe are united in peace and friendship. To ensure peace in Europe going forwards, we must remember our past, celebrate our shared culture and look forward to a peaceful future.

"I hope my personal trail might inspire people to visit some of the memorials and raise awareness of their continuing importance and the need to ensure they are well maintained."

The launch was attended by other MEPs, staff and European Union officials.