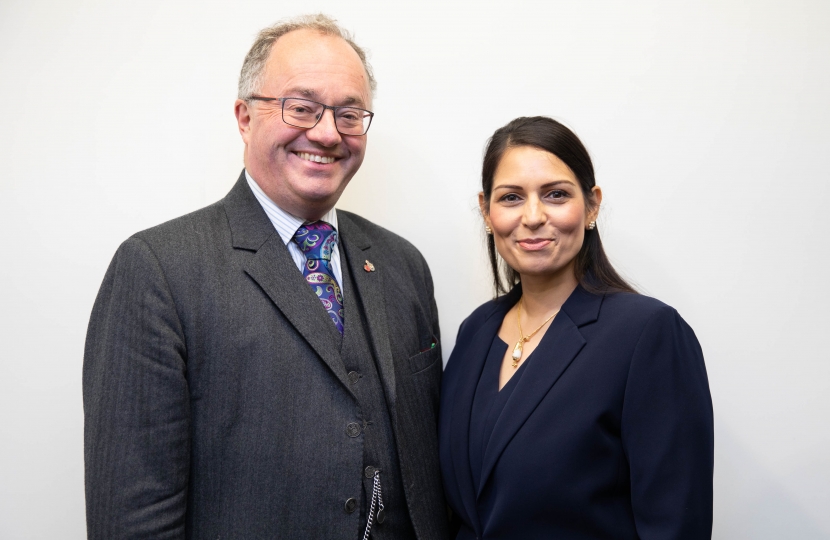 Violence against women and girls is a terrible crime, and all the worse for being hidden far too often. That is why I am welcoming the news that the views of women and girls across Leicester, Leicestershire and Rutland are being sought to help shape government strategy to tackle violence and abuse.

The Government is updating the Violence Against Women and Girls strategy and has launched a nationwide Call for Evidence in order to ensure that those who have lived experiences of abuse and violence, and the views of members of the public are at the heart of plans to stop these harmful crimes. The Call to Evidence runs until February 19.

The government has already taken a number of important steps in this area, including strengthening the law on crimes such as stalking, forced marriage and female genital mutilation. But there is more to do - not least by the police who must tackle these crimes although, as with many domestic crimes, they can be difficult to prosecute successfully and take enormous tact to deal with.

The responses to the survey will no doubt shine a sobering light on the prevalence of gender-based violence in our society. But this information is also absolutely invaluable in shaping the most effective policy to fight the scourge of Violence Against Women and Girls.

That is why I'm urging those who have experiences or views to come forward in the final few weeks of the government’s Call for Evidence, and to take part in the anonymous survey. This not only includes frontline professionals and academics, victims and survivors, but their families and friends and members of the public in Leicester, Leicestershire and Rutland who have been indirectly affected.

You can participate in the call for evidence by completing the public survey.

I know it takes a lot of courage for those who have experienced violence and abuse to come forward, but this information is vital in tackling acts of gender-based violence. Our strategy needs to reflect the views and experiences of those who have been directly and indirectly affected, in order to stop these harmful and often hidden crimes happening in our society.

Crimes that disproportionately affect women and girls range from rape and FGM to upskirting and online offences; they can have terrible effects on victims. We want to do all we can to tackle these appalling crimes, through a new strategy to tackle Violence Against Women and Girls. With one month to go until the Call for Evidence closes, help us to create a strategy to tackle crimes against women and girls in the 21st century.”