Words are a Trap for the Unwary 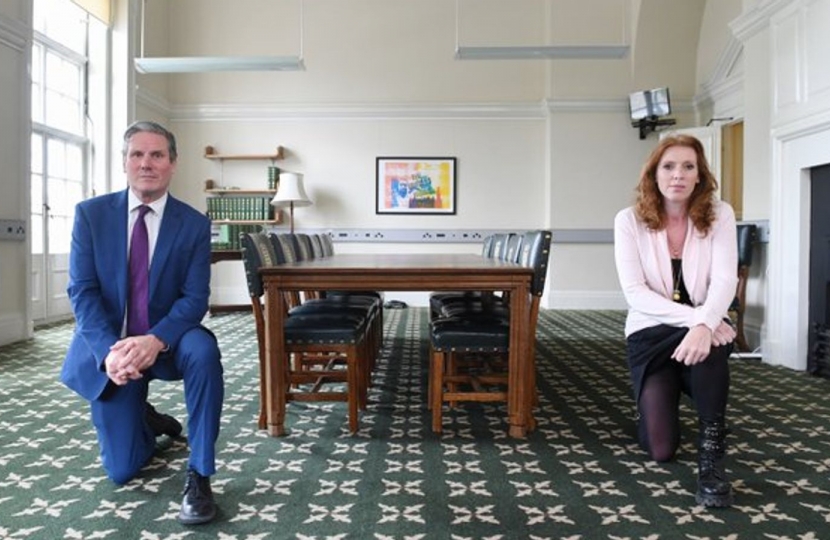 Labour Leader Keir Starmer is among those doing what the newspaper trade call a “reverse ferret”. That is, to change his position to the opposite of what it was before, but not say he is changing his position and hope everyone forgets what he said earlier.

Well, pardon me for having escaped that particular trap. I learned my lesson long ago. Back in the day when I was a councillor in London I was standing for re-election and was approached by a local worthy who was involved with an animal welfare charity. Would I sign his organisation’s declaration on ending animal cruelty. I read it through, it seemed bland but worthy. I signed it. A few days later the local newspaper phoned me up to discuss the fact that I had called for all those who owned pets to be prosecuted and sent to prison.

The reporter then quoted the pledge that I had signed. He picked out the phrase “criminalise all forms of animal cruelty”. Buried in the policy booklet of the organisation [which I had not been shown] was a definition of animal cruelty that included the keeping of pets.

Well, I learned my lesson fast and learned it hard. Words are a trap for the unwary. I had signed the animal welfare pledge thinking that “animal cruelty” meant torturing animals, but the organisation which drew it up meant something very different. So I promised myself there and then that I would never again sign or pledge myself to somebody else’s form of words. I oppose animal cruelty, but henceforth would say so myself.

And so we come to the Black Lives Matter organisation [BLM]. It began in the USA in response to events and circumstances in the USA. Quite clearly it is designed for the USA, not for the UK. The circumstances here are very different. For instance, last year over 1,500 people were killed by the police in the USA. In the UK the equivalent figure was 3.

But they’re still active social justice campaigners – with a distinct hard left slant. On their UK gofundme page, the BLM organisers state that they want to abolish the police, redistribute wealth, pay reparations to those suffering generational trauma. In the USA, BLM want to close down prisons and release the prisoners, ban surveillance such as CCTV, dismantle capitalism and the patriarchal system, disrupt the Western-prescribed nuclear family structure, seek reparations from slavery to redistribute wealth and via various offshoot appeals, such as to raise money to bail black prisoners awaiting trial.

But there is more to it than that. Many organisations have a habit of seeking to piggy back on an existing cause that is a lot more popular than they are themselves. So with BLM. They hitched their wagon to the star of anti-racism. Every right thinking person opposes racism, so it was an easy win for BLM to claim that they too were anti-racist.

In the wake of the disgraceful murder of George Floyd the movement really took off. Vast numbers of people who had never supported BLM, and many who had not heard of it, came out in support. BLM grew rapidly to expand from being a specific organisation to being a diffuse movement. Anyone who wanted to make an anti-racist point could set up a local branch of BLM. Many did. Some had as their worthy aim to arise awareness of racism – and perhaps organise a rally or something – others sought to address specific issues and wrongs. Others may have had less noble motives – start a riot, smash private property, attack the police.

But BLM is a lot more than that.

Among the core demands of the BLM are decarceration and defunding the police. I had to look up “decarceration” – it is a word in American-English. It means to release convicted criminals from prison and spend the money currently spent on prisons on assorted social programmes instead. Defunding the police has the same aim – to abolish the police and spend the money on other things instead.

In the meantime there will be a lot of criminals on the rampage with no police to curb their destructive and often violent behaviour. There are some nasty people in this world, and the thin blue line of the police is what protects us from them.

Which is where the reverse ferreting comes in. Keir Starmer famously “took the knee” in his office to support BLM. He had a photo taken of him doing so and sent it to the media. Boris, by contrast, did no such thing but instead discussed issues of racism with his cabinet. A few days later when it started to become clear what BLM actually want to achieve, Keir Starmer went on BBC News to claim that he had never supported defunding the police. You can watch the video here.

Others have fallen into the same trap. Football clubs in the UK had their own, home-grown anti-racism movement founded in 1996: Show Racism the Red Card. But in their eagerness to appear to be doing something, they jumped on the BLM bandwagon and emblazoned “Black Lives Matter” on their shirts. And that was after Black Lives Matter protests had turned to anti-police violence and rioting in which private property was destroyed. I wonder how the football clubs feel now.

Do I support anti-Racism initiatives? Yes. Do I deplore the murder of George Floyd? Yes – and I attended a vigil held by Leicester’s African Network to his memory. But do I support Black Lives Matter as an organisation. No, I don’t because I do not want to defund the police nor do I want to close the prisons. In fact, I would want to see greater funding for both – as well as for programmes designed to turn individuals away from crime and on to more productive paths for their lives. The Conservative government of Boris Johnson is delivering on that, while Keir Starmer takes the knee to Black Lives Matter.

The BLM saga has shown once again that words can be a trap for the unwary.