for Leicester, Leicestershire and Rutland. 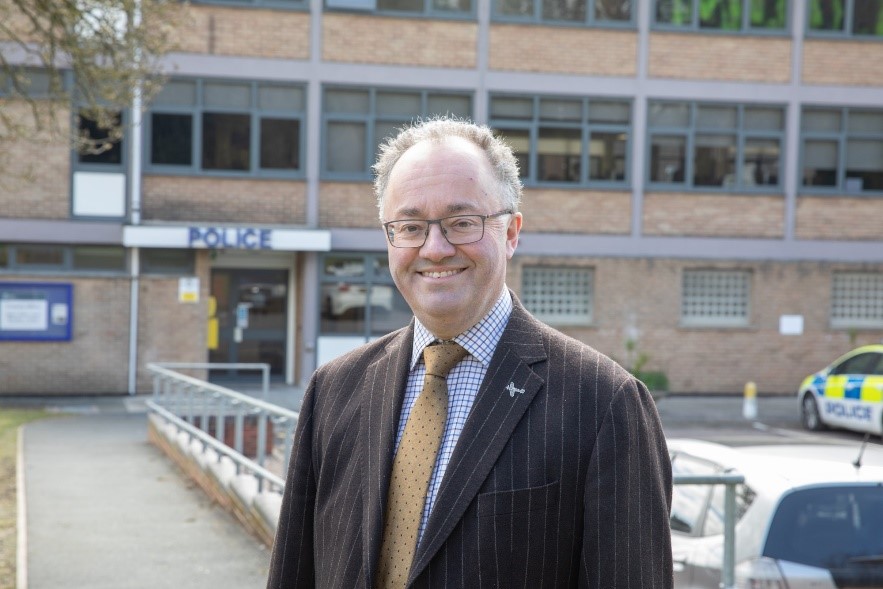 The elections for county councillors and the Police and Crime Commissioner will take place on Thursday 6 May. There will also be a number of local by-elections and referendums on the same day. It will be a busy time for us all.

The Labour Party have now confirmed that their candidate for the PCC elections will be a councillor in the City of Leicester. It is not for me to comment on his suitability for the role, but you will get a good idea of his priorities if you have a look at his social media posts on https://twitter.com/CllrRedRoss

With less than 60 days to go to the elections, there is much to do. I hope to see you on the campaign trail shortly.

Polling Stations on the Move

The Election Returning Officer has warned us that the location of a large number of polling stations will be moved for 6th May. This is partly due to covid social distancing restrictions, but also because the government has decided that schools should not be closed to allow the use of halls as polling stations. So when your polling card arrives, you should check to see if your polling station has moved.

Our mole inside the Labour Party has told us tens of thousands of their PCC Election Address has arrived at Labour Party HQ in the City. It will help us greatly if we know where and when these are delivered. If you get a Labour leaflet through the door, please take a photo or scan it and then email to Oliver on oliver@rupertmatthews.org.uk

Members’ Only Q&A – Report Back

On 17th February we held a Q&A Zoom session for Party Members only. There was an impressive turnout to quiz Rupert on his plans. Among the issues brought up were:

As we enter the final nine weeks of the campaign, things are going to become increasingly fast and furious. We are therefore going to be producing a “Campaign Bulletin” giving the fast-changing news about the campaign, where it is operating, what it is doing and how the election drama unfolds. Watch your email inbox for the first of these shortly.

Articles for you to read

Rupert has hit out at the recent spate of pet theft with his most popular article of the year so far. You can also see a photo of family’s pet dog ­– Mr Fluffles:
“Pet theft has been a real worry for pet owners in our area recently. As the demand for pets has risen during lockdown, so has the price of pets – up around 400% on last year. That has given criminals the motive the need to steal dogs and other pets whenever they get the chance.”
You can read the article here: https://www.rupertmatthews.org.uk/news/help-stamp-out-pet-theft-leicestershire-rutland

Rupert has contributed an article about Farm Thefts to the Comment Central website:
“The 19th century holds several keys which modern policing could use to reform, and one of which is using the willing public to help enforce justice. Former MEP Rupert Matthews explains why the lessons of the past can solve the problems of the future.”
You can read the article here: https://commentcentral.co.uk/21st-century-policing-is-failing-we-must-turn-to-the-19th-century-for-solutions/

Rupert has unveiled his policy on “Green Pandas” and other environmental matters.
“The office of Police and Crime Commissioner is not just about crime and policing. With a turnover in excess of £200 million, the position looks after a wide range of personnel, property and equipment. That gives the Police and Crime Commissioner the ability to do a lot of good for the environment.”
Read the article here: https://www.rupertmatthews.org.uk/news/green-pandas-and-caring-environment

If you would like to help our campaign with delivering, envelope stuffing, displaying a poster or any other way, please contact Campaign Manager Georgi on georgi@rupertmatthews.com

Campaigning by phone remains a key instrument for contacting voters. It can be great fun – especially when done as part of an on-line group. We are organising a training session with Rosemary Armstrong from CCHQ leading the way. If you are interested, please email Rosemary on rosemary.armstrong@conservatives.com

The logarithms that are used by social media promote popular content. This means that to get our campaign message to as many people as possible we need you to share our content.

Road Safety and speeding are proving to be resurgent problems as more and more motorists get out on our roads. Rupert saw the problems for himself and put forward some ideas to get on top of the issue on a visit to the A44 at Fenny Drayton.

It is becoming increasingly clear that under our current Labour PCC, Leicestershire police have fallen behind when it comes to effective community policing in rural areas. Rupert explained some of his policies on Rural Policing during a visit to Owston.

Get a Postal Vote

With concerns about covid still abroad, it would make sense to sign up for a postal vote if you have not already done so. Depending on which council you live under, you can download the postal vote application form:

Promoted by Adrian Thompson on behalf of Rupert Matthews, both of LCCA, 18 Pinfold Gate, Loughborough LE11 1BE