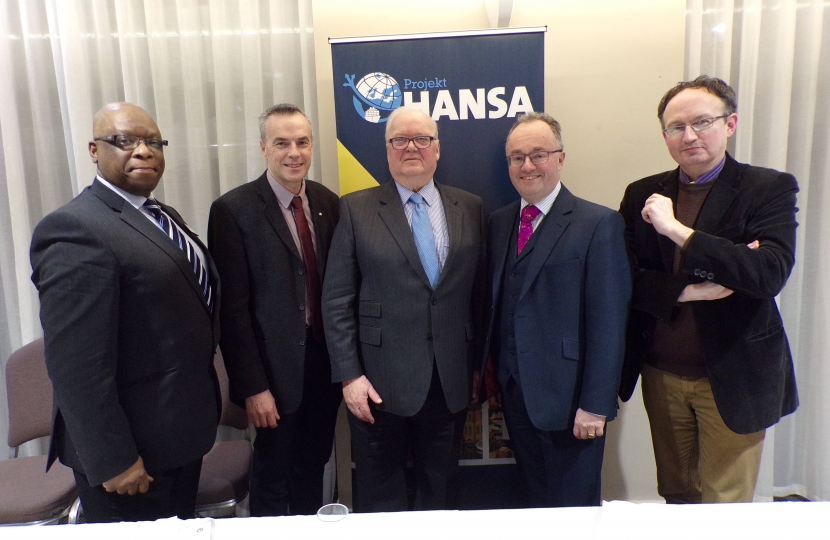 Rupert Matthews chairs a group called Projekt Hansa which is a Policy Group formed from the European Conservatives and Reformists Group in the European Parliament. The group is concerned with opportunities for trade and sharing cultural exports across Northern Europe, from Greenland to Finland. Projekt Hansa will be encouraging the links between businesses and communities that will drive the future prosperity of our region. They will be campaigning for the changes that businesses need to trade freely. All whilst celebrating our shared cultural heritage across Northern Europe.

The group takes its name and inspiration from the Hanseatic League. This was a powerful trade alliance which dominated commercial activity in Northern Europe for centuries between the 13th and 16th centuries. Beginning with individual German merchants and guilds before climaxing in 200 cities and towns across Northern Europe. The principle and the name of the league represents collaboration for mutual advantage and a combines drive for economic growth, values that still remain current today.

Projekt Hansa operates out of the office of Chairman Rupert Matthews MEP. Projekt Hansa exists to foster debate, contacts and communications and holds no corporate view of its own. Speakers at events or writers of papers express their own views as a contribution to debate and understanding of the issues at stake.