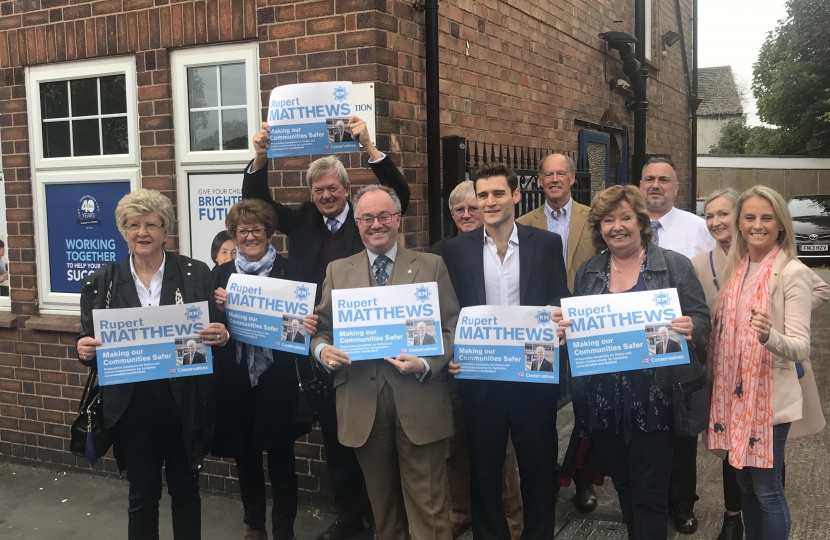 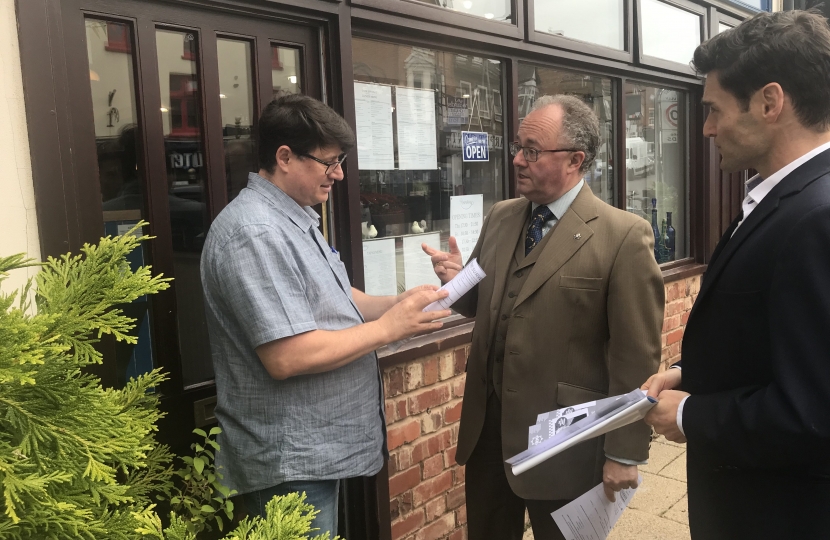 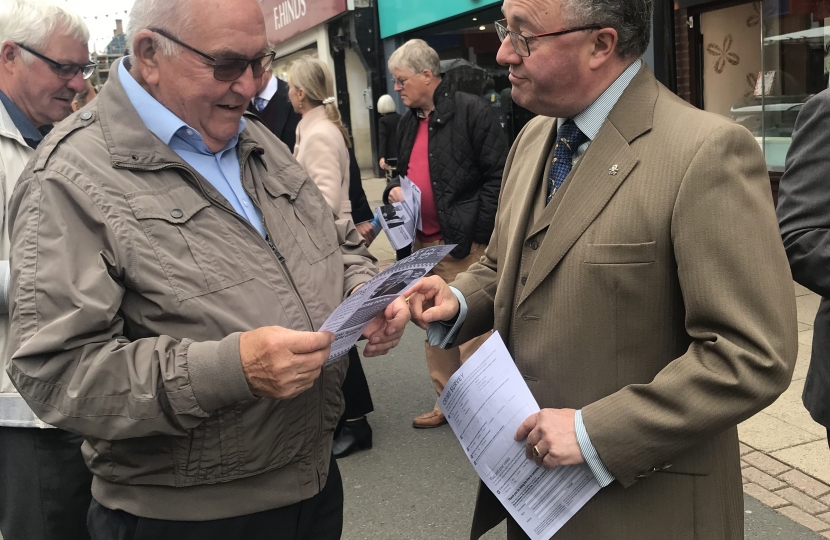 Today I was delighted to launch my campaign as Prospective Conservative Candidate for Police and Crime Commissioner for Leicester, Leicestershire and Rutland in the Hinckley and Bosworth constituency.

I was joined by David Tredinnick, Member of Parliament for Hinckley & Bosworth, and by Dr Luke Evans, who has just been selected to replace him as the constituency’s Conservative candidate at the next General Election. There were also several local councillors present, representatives of local organisations and residents. After the formal launch we went out on a busy market day in Hinckley to meet with shoppers and traders in the town centre to discuss the Government’s approach to law and order issues and how local policing could be improved.

It was important to come to Hinckley as in just the past two months more than 250 crimes have been reported in central Hinckley alone. Worryingly violence and sexual offences led the way, with theft close behind and anti-social behaviour also a serious problem. In the same period Burbage and Earl Shilton suffered over 230 reported crimes and other areas of the constituency were also affected. This shows that policing resources need to be rebalanced to properly respond to where crimes are really happening and where the fear of crime is greatest.

And the latest figures show that violent crime in Leicester, Leicestershire and Rutland is at its highest since records began. In 2018 there were 25,327 cases of violence against a person - that is 69 every day! Murder, rape and sexual assaults were all also at high levels. Tackling violent crime needs a firm and imaginative approach. As well as increased stop and search powers by the police, there needs to be firm sentencing and effective targetting of crime prevention measures.

David Tredinnick told me “The Prime Minister has set out a bold platform of law and order measures aimed at making the streets safer in places like Hinckley & Bosworth and people in the town today were very keen to discuss the plans.

“Boris Johnson has pledged 20,000 extra police officers by 2022 and they will have expanded powers of stop and search, which will particularly protect our young people from knife crime.  There will also be more resources for the Crown Prosecution Service to help it tackle violent crime as well 10,000 new prison places and more money for security in order to protect prison officers.

“The Prime Minister is serious about reducing crime, protecting the people of Britain and ensuring criminals are punished appropriately and I support the Government fully in these endeavours, but we also need a local Police & Crime Commissioner who understands the specific needs of the towns and villages of Hinckley & Bosworth.

“That’s why I am enthusiastically endorsing Rupert Matthews, whom I have known for many years as someone who has an excellent grasp of detail and a great understanding of the policing requirements in the varied urban and rural communities of our area.

“Rupert has considerable experience from his previous roles in public service and he has taken on board much feedback from residents as well seeking the input of my Parliamentary colleagues and me in respect of the policing issues we have dealt with over many years throughout Leicestershire.

“Rupert’s ability to listen, process and act upon the requirements of local communities is just what the people of Hinckley & Bosworth need from their Police & Crime Commissioner.”