The City of Leicester to receive an extra £1.3 million to boost local cycling and walking infrastructure 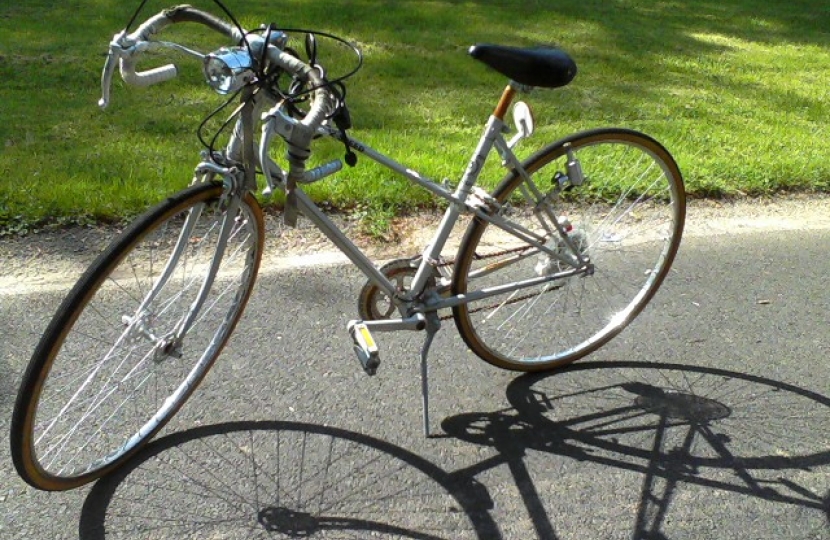 I can’t help recalling that the last time the city council blew its own trumpet over new cycling facilities it was to boast of a major new cycle park in the city centre. Labour claimed that this was to provide secure parking for all those people who wanted to cycle to work. Except it was located right next to the Town Hall. Great for the city council staff who had made the decision, not so much for everyone else who footed the bill through council tax but who don’t work in the Town Hall.

Such is, so often, Labour’s way.

That is why it is great news that this £1.3million from the Conservative Government comes with strings attached.

The Government has stipulated that councils receiving money will have to meet tough new conditions to ensure that schemes are properly thought out and that their impact on other road users are closely weighed up. Councils will also have longer to spend the money, ensuring there is time to consult local communities. If these conditions are not met, future funding allocations will be reduced and the Government could clawback some of the money already provided.

The money will be provided to the local council and could be used to fund measures such as School Streets, Low Traffic Neighbourhoods and segregated cycle lanes. In total, £175 million is being allocated to local authorities across England in the latest round of allocations from the fund.

The funding is designed to solve some of the local traffic problems that the City of Leicester has recently faced. According to Department for Transport Statistics there was a 31% rise in children reported killed or seriously Injured due to road traffic collisions between 2011 and 2018 in Leicestershire. This investment is designed to make our streets safe and give the Leicester City Council an opportunity to make our road infrastructure fit for the 21st Century

The people’s priorities are at the heart of this investment, the Council will be given time to ensure everybody has a chance to have their say and if proper consultations do not take place the funding will be suspended. Investing in Leicester’s future is at the heart of the government's levelling up approach.

Having walked, bussed and driven in the city, it strikes me that Leicester’s road infrastructure is currently decades behind where it should be. We have to ensure that we are safe whether in a car, on a bike or walking as a pedestrian. I hope that the City Council uses this investment to begin redeveloping the city’s roads to ensure they are fit for modern living.

This Conservative Government was elected on a promise to level up the whole country – and investment such as this into our local infrastructure shows we are delivering exactly that.

The Conservative Government has also pledged a revolution in walking and cycling as part of its plans to level up the whole county, with the Prime Minister pledging a record £2 billion investment to double cycling and increase walking by 2025. This comes on top of more than £27 billion that will be invested in England’s roads over the next five years, ensuring the road network is safe, reliable and efficient.

I have always liked walking when possible. Back in the days when I worked in London I used to walk a mile from the station to my workplace whenever it wasn’t raining. A great way to get exercise, meet people and learn about the city where I lived and worked. These days I will walk the 15 minutes to my local shops rather than drive. And I know of many who have tried to avoid public transport in recent months, we’ve seen a huge increase in the number of people opting to walk or get on their bike when moving around.

I’m delighted that the City of Leicester will benefit from additional funding to make Leicester City more bike and pedestrian-friendly, while maintaining the access and space other road users still need.

This Conservative Government was elected on a promise to level up the whole country – and investment such as this into our local infrastructure shows we are delivering exactly that.

Transport Secretary Grant Shapps told me  “It has been great to see so many people build cycling and walking into their daily travel habits. To support them, we know it’s vital to have the right infrastructure in place so everyone – cyclists, pedestrians and motorists – can use our roads.

“This funding will help further realise that ambition, but councils must engage with communities to develop schemes that work for everyone – those that haven’t won’t be able to take their plans forward.”

So good news all around. Let’s hope that Labour-run Leicester City Council does its share.

The Police should be a priority for Covid Vaccination

Four days ago I read in the Leicester Mercury of a police officer who was spat at when making an arrest. The villain than taunted the police officer by saying that he had covid and by spitting at the officer had infected him.