Great news: up to £25 million funding boost for Loughborough 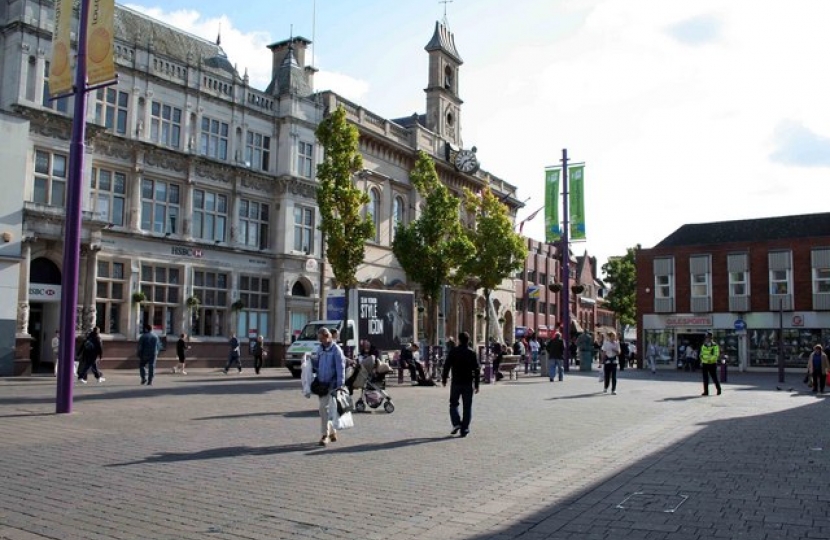 Boris Johnson and the Conservatives have announced 100 towns across England that will receive extra funding to level up opportunities across the country and ensure each town looks towards the future with renewed optimism.

The Prime Minister and the Communities Secretary have invited Loughborough in Leicestershire to develop ambitious and innovative plans to boost our local economy.

The plans will receive up to £25 million of the Prime Minister’s £3.6 billion Stronger Towns Fund, which will ensure that towns are getting the improved transport and broadband connectivity that they need to create more jobs.

This is great news for Loughborough and the other towns concerned.

I am delighted that Loughborough will receive a share in the £3.6 billion Stronger Towns fund, and that local business and community leaders can develop proposals that will genuinely regenerate the community here.”

Boris Johnson and the Conservatives will level up opportunity across the country by renewing towns like ours. This comes on top of other positive news for local councils. Councils in England have £3 billion more in revenue compared to last year. Total revenue expenditure by all local authorities in England is budgeted to be £99.2 billion in 2019-20. This is 3.4 per cent higher than the £95.9 billion budgeted for 2018-19.

The Government is also giving councils an increase in spending power to deliver quality local services. Core Spending Power is forecast to increase from £45.1 billion in 2018-19 to £46.4 billion in 2019-20, a cash-increase of 2.8 per cent and a real-terms increase. And Conservatives are also rebalancing local authority spending in favour of the poorest areas by boosting their spending power by 22 per cent more than the richest areas. Average spending power per dwelling for the 10 per cent most deprived authorities in 2019-20 will be around 22 per cent more than for the least deprived.

“Ensuring that prosperity and opportunities are available to everyone in this country, not just those in London or our biggest cities, is at the heart of the mission of this government.

“We want to level-up our great towns, raising living standards and ensuring they can thrive with transformative investment in transport, technology, skills and culture.

“I will now work with local people from the 100 communities announced today to agree proposals to invest up to £25 million in each place. I hope these deals will provide the investment and the impetus for long-term renewal ensuring each town can look to the future with a new optimism”.