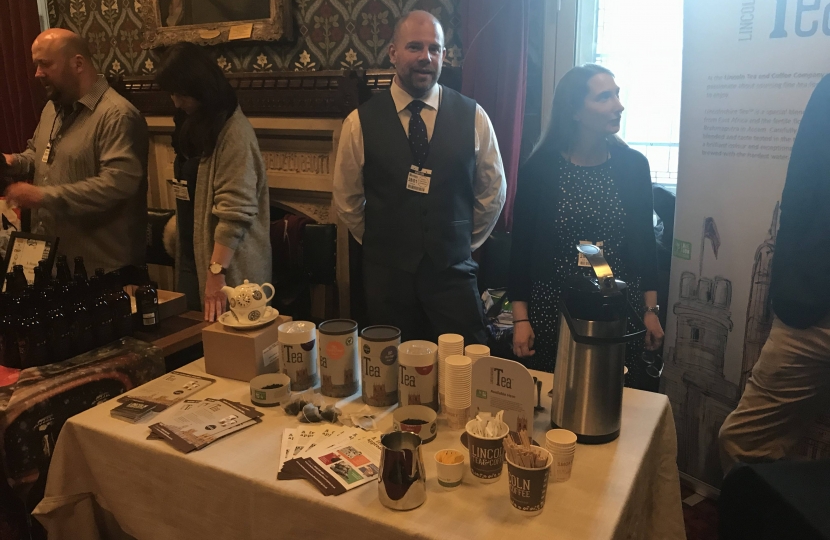 On Monday 28 January I hosted an event in Westminster to promote local food and drink producers from across the East Midlands. Since I became the MEP back in 2017 I have been working on promoting local food and drink. I first met the Susie and John from the Lincolnshire Tea and Coffee company last summer and was instantly wowed by their tremendous tea. After taking some to the European Parliament I was eager to bring them along to Westminster to help further promote their products.

Susie and John at the Lincolnshire Tea established their product in 2013. Their tea blends excellently with hard water which is something a lot of people suffer from in Lincolnshire especially. Lincolnshire Tea is made with a blend of high-grown East African and Assam black tea. The tea is hand picked which means it brews week in the hardest of water as each and every tea bag is made with a personal touch.