My Response to the Streatham Terrorist Incident 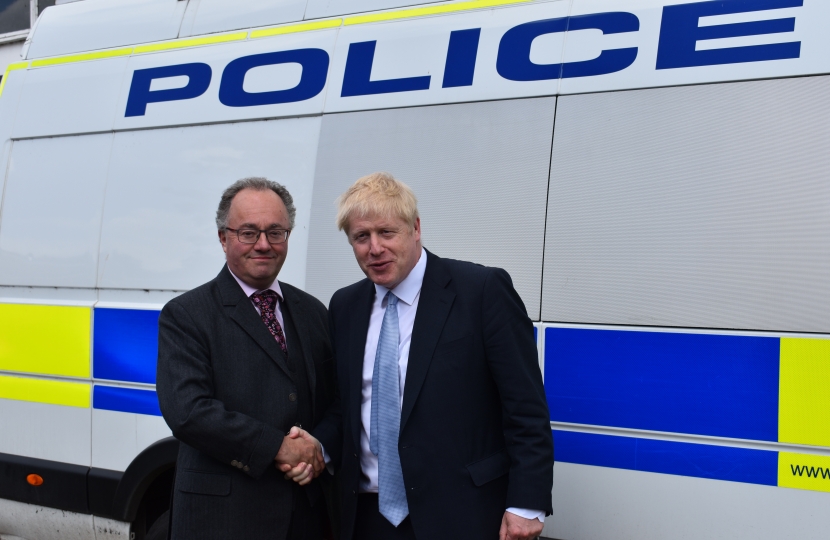 Two innocent people were brutally stabbed on Streatham High Road in London. Fortunately the police were on the scene and able to shoot the terrorist before more were injured. My thoughts are with the wounded and their families at this difficult time.

The attacker was 20-year-old Sudesh Amman. In December 2018 he was imprisoned for 3 years and 4 months for 16 counts of distributing extremist material and for the possession of material likely to be useful for the purposes of preparing a terrorist act. He was automatically released half way through his sentence, and then went on to make this brutal attack.

I must pay tribute to those members of the emergency services who tackled the terrorist and who ran towards danger to treat the wounded. A word of support must also be given to the prison and probation services who do so much to rehabilitate prisoners - including terrorists, who are most difficult to persuade to give up their murderous ideology.

Protecting the public is, has to be the number one priority for this Government.

And the swift response to yesterday’s attack, monitoring the threat and responding quickly when it escalated, can give us confidence that the police and security services are doing all they can to keep the public safe.

Taken together with the tragic events at Fishmongers’ Hall in November of last year this new attack indicates that the government needs to look carefully at the way we deal with terrorist offenders. It seems fairly clear that automatic half-way release is simply not right in all cases.

Two weeks ago, the Home Secretary announced clear measures, a tough new approach and a new commitment to crack down on offenders and keep people safe.  The government will be introducing longer and tougher sentences for serious terrorist offenders, ending release for them before the end of their custodial term and opening up longer licence periods, whilst keeping the worst offenders locked up for a mandatory minimum 14-year term. There will also be an overhauling of prisons and probation with tougher monitoring conditions, and a doubling the number of counter-terrorism probation officers.

All this is good news, but we cannot have a repeat of the Streatham incident when an offender – a known risk to innocent members of the public – is released early by automatic process of law, without any oversight by the Parole Board.

I therefore support the government's decision to introduce emergency legislation to ensure an end to terrorist offenders getting released automatically, having served half of their sentence with no check or review. The underlying principle has to be that offenders will no longer be released early automatically and that any release before the end of their sentence will be dependent on risk assessment by the Parole Board.

Instead, the earliest point at which these offenders will now be considered for release will be once they have served two-thirds of their sentence. And there will be a requirement that no terrorist offender will be released before the end of the full custodial term unless the Parole Board agrees. I also support a move by the government to review whether the current maximum penalties and sentencing framework for terrorist offences is indeed sufficient or comprehensive on the underlying principle that terrorist offenders should no longer be released until the Parole Board is satisfied that they are no longer a risk to the public.