A New Relationship with the European Union 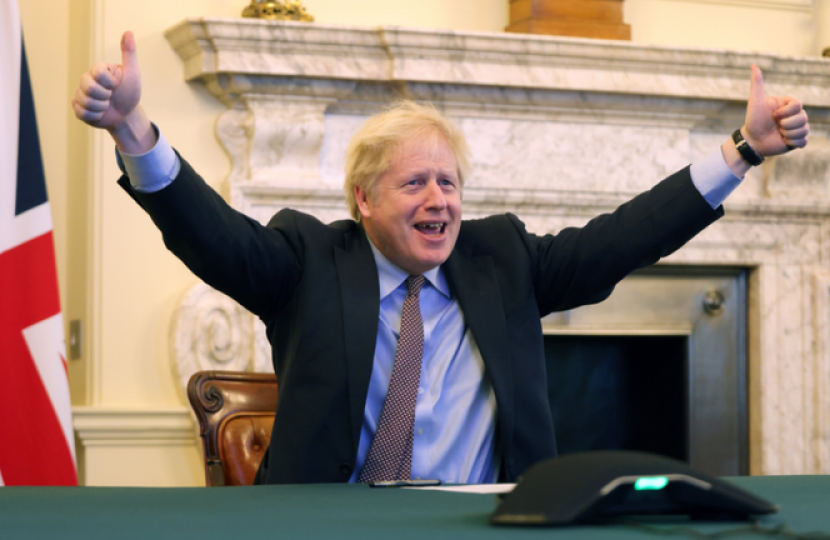 Both Houses of Parliament have approved the trade deal that Boris Johnson’s Conservative Government has secured for the United Kingdom, which fully delivers on what the British people voted for both in the referendum and the last election.

It has been a long road for me. I remember that for me it all began at a fringe meeting at the Conservative Party Conference back when John Major was Prime Minister. I can’t recall what the fringe meeting was about, but I do recall that the gent sat next to me got up to leave about halfway through. After he had gone I saw he had left a paperback book on his seat. It was too late to call after him, so I picked up the book.

It was the consolidated text of the Maastricht Treaty – then causing all sorts of ructions in the Conservative Party. I thought I would read it to see what all the fuss was about. So I did – and was converted to Euroscepticism. Back then I was what would later be termed a “remain-and-reform” Eurosceptic. I did not become a Brexiteer until the farrago over the Lisbon Treaty in 2009 convince me that the EU could not be reformed. The UK either had to become part of a centralised, undemocratic superstate or leave.

And now we have left.

As Boris promised, this deal takes back control of our laws, borders, money, trade and fisheries – and it ends any role for the European Court. From 1st January 2021, the United Kingdom will have political and economic independence – and we will thrive as a country now fully outside the European Union.

We will enter the New Year as a fully sovereign nation. 2021 will be our opportunity to show what Global Britain means to the rest of the world: striking trade deals with new markets, reasserting ourselves as a liberal and free trading nation; and acting as a force for good in the world.

Of course, I could quibble over details. The deal on fish is less than perfect, and clearly we are going to have to become self-sufficient in energy to escape the EU’s stranglehold there, and some of the provisions allowing for pre-emptive strikes on retaliatory tariffs sound a bit iffy to me.

But I quibble. If in 2009 when I had become a Brexiteer I had been offered this deal, I would have grabbed it with both hands. The UK is again a free, democratic and sovereign nation state as it was when I was born. For that, I am thankful.