Old Shoulders to Lean On 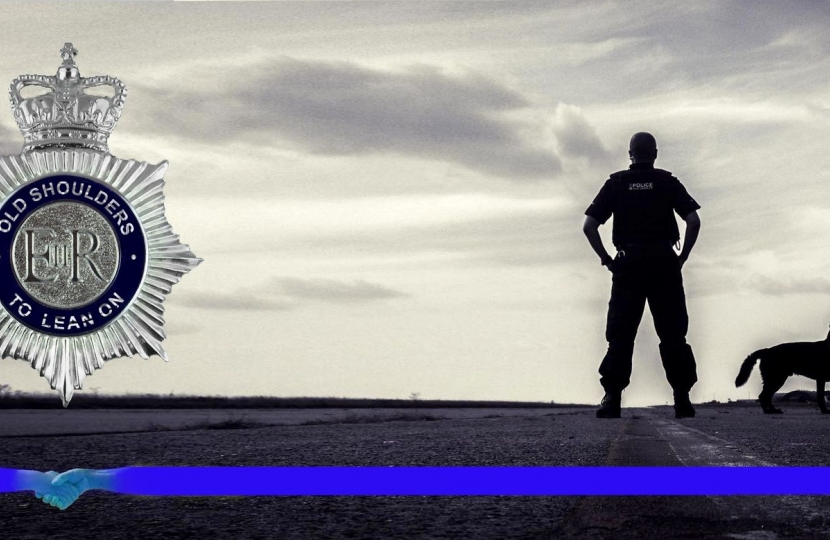 On 29 December a new group was formed on Facebook. So far, so ordinary. But this is no ordinary group.

Old Shoulders to Lean On was founded by a visionary named Steve Williams who was shocked by the statistic that 336 police officer committed suicide in the past 20 years. And the rate is rising. It is estimated that a police officer has taken their own life once a fortnight in 2020.

So Mr Williams and some like-minded colleagues set up Old Shoulders to Lean On. The idea is to provide a network in which serving officers can talk to retired and experienced officers about their feelings and issues. It is not intended to be a formal counselling service – none of those involved are qualified – nor to replace the various welfare systems already in place. But it is a place where officers can talk to, contact and share experiences with others who have gone through the mill. They will know that they are not alone and may be signposted for more formal help and organisations if needs be.

The initial success of the group has been phenomenal. There were 1400 members of the Facebook Group in the first day and – as I write this on 3 January – that has risen to 2,400.

It seems to be an innovative, worthwhile and understanding initiative to which I am happy to give my support. I would urge all officers, or former officers, who feel that they have something to give to log on to Facebook and join the group.