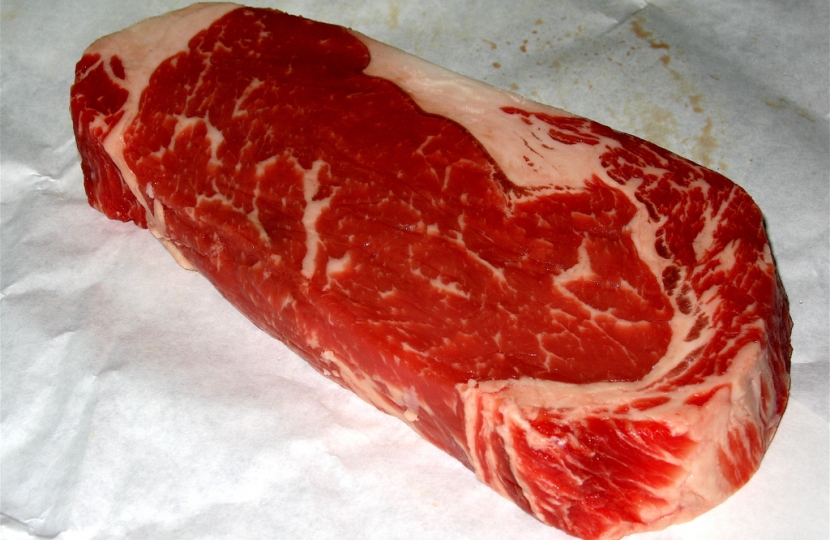 On Small Business Saturday I headed out to a farm in rural Leicestershire where the farmer has diversified into running a butchery, game shop and catering business. And jolly good they are too.

He busy his livestock exclusively from nearby farms. He prides himself on taking only the very best animals from farmers who he knows personally and who he trusts to maintain high standards of animal welfare and to produce the finest meat. He also has a second business that provides catering to weddings, birthdays and all manner of parties. I know that he is highly regarded for his services locally – and I can personally speak up for his roast lamb.

Obviously the catering business has been decimated by lockdown, but it is the butchery that has suffered most from crime. For some reason that he does not understand, this man’s business has become the target of a gang of militant vegans. He thinks it maybe that he is also involved with his local hunt, though the vegans have never mentioned this.

As a rural business, the butcher relies on the internet for most of his business. His impressive website takes orders for meat cuts and game which are then despatched around the country, or which are kept for collection. But the website has been hacked, his Facebook page inundated with malicious comments and his email account deluged with thousands of fake messages. More disturbingly his wife and children have been threatened. One threat promised to murder his children on their way to school.

Living, as he does, on a farm where the nearest house is almost a mile away and the nearest village even further, these threats are deeply disturbing. And they are also time-consuming. The hours he spends deleting fake emails or repairing damage to the website is time that is lost to his business.

“If I was running a butcher’s shop in a town,” he told me, “and these vegans were protesting outside with banners, the police would be there like a shot. But because I’m on an outlying farm and this is all happening on line the police aren’t interested.” He snorted his disgust. “When I reported that my children had been threatened with death, the police lady on the phone asked me if I thought it was a serious threat. How do I know that? I don’t know who these people are nor how far they are prepared to go!”

Anyone who lives in the countryside knows that rural crime poses challenges that are unlike those that occur in towns. Rural business crime is no different. The nature of rural businesses make them peculiarly vulnerable to criminals.

So what is to be done?

Well every area is different, but across Leicestershire and Rutland, I would like to see more police deployed to rural areas, and those police need to be both more visible and properly trained in dealing with the problems peculiar to businesses in rural areas. We also need to have in place a Rural Crime Co-Ordinator who will bring together all the agencies who can help prevent crime in rural areas, and tackle it when it does happen. I would like to see that Co-ordinator work closely with East Midlands Special Operations Unit, National Crime Square and the Border Force to tackle the way gangs dispose of the vehicles and other agricultural equipment – much of which goes out of the country within days of being stolen. The police should also provide specialist advice to business owners and staff on how to prevent crime from happening.