When a Protest becomes a Riot 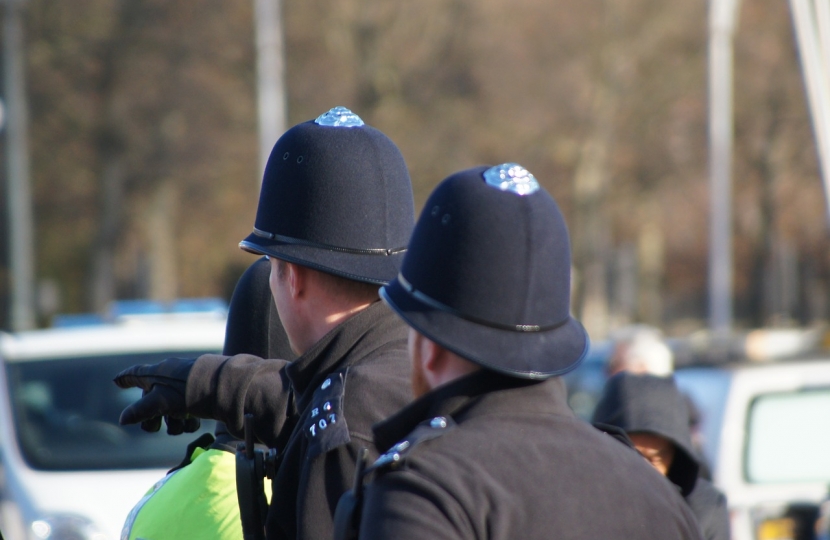 Now, I’ve been on a few protests and marches in my time. Back in the day I even organised a couple. So I can tell you that there is a secret to organising a demonstration so that it does not end in assaults on the police or in looting is really simple.

The secret is this : don’t attack the police and don’t loot.

The protest in Leicester on Saturday is a fine example. Hundreds of people took part, speeches were made and placards were waved. Police officers were present, and they did their job admirably. Remember that crowds attract pickpockets and other criminals as honey attracts bees. In Leicester nobody attacked the police, nor anybody else, and no shops got looted. Good show all round.

But in London things were very different. The violent events over the past couple of days in London have been inexcusable. Large numbers of people took part in a peaceful gathering. But a minority came intent on violence – why else would they bring with them the flares and other equipment that they had tucked away in their baggy jackets and coats.

That the violence was politically motivated can be shown by the fact that it began near Downing Street, and remained focussed there throughout. Those engaged in rioting were only a minority. Personally, I doubt that they care very much one way or the other about the fate of George Floyd, nor the underlying issues of racism in the USA. They came simply to cause trouble.

Those who seek to justify the violence by justifying the purpose of the original march miss the point. The violence was perpetrated by criminals intent on doing violence. They should be treated as such. I have reservations about some of the uses to which face recognition technology has been put. But this is surely a case when it can be used to good effect. The rioters can be identified using this technology, even if they are not arrested on the day.

Met Police chief Cressida Dicks has been criticised for not taking firmer action. I can appreciate her difficulty. Seeking to enforce social distancing on a crowd of thousands would be almost certainly impossible. Any police force suddenly taken by surprise when a peaceful demonstration turns violent might be unprepared. But after two days of violence, she can no longer claim that the Met were taken by surprise. I would expect the police to now be on top of the situation and to be adequately prepared for whatever might unfold.

As I write this, 27 police officers have been injured seriously enough to require treatment. One officer has suffered broken ribs, a collapsed lung and a broken collarbone. These demonstrations can no longer be termed “largely peaceful”.

Just as the police commanders can no longer excuse losing control of the situation on having been taken by surprise, so the organisers can no longer claim that they are unaware that their events will be hijacked by violent rioters. They should cancel their future events. If they don’t then they must shoulder some of the responsibility.

Similarly those who turn up to take part in a peaceful protest must now be aware that they are being taken advantage of by the violent few. The rioters want nothing more than to be able to video on their phone a police officer pushing aside some hapless innocent. That will play into their narrative of police brutality – something which is fortunately vanishingly rare in this country. If you are thinking of attending a Black Lives Matter protest after what has happened, then don’t. All you will do is provide cover for criminal violence. And you might get hurt.

Just as bad have been confusion among some commentators over the cause of the original march and the violence of the rioters. People who should know better have been all over social media excusing or making light of the violence on the grounds that the original demonstration had a noble cause.

There can be no excuse for street violence, rioting or looting. Assaulting a police officer is a serious crime, which must be prosecuted whenever possible, with the prosecution seeking the maximum possible punishment. Police responses to rioting should be directed as much at securing successful prosecutions as it is at quelling the violence as it happens.

Maintaining the Queen’s Peace has always been and remains the prime responsibility of the police.

On the other hand, we do need to keep this all in perspective. Nobody has been killed, at least not yet. No buildings have been destroyed. The army has not had to be called out to shoot the rioters. All that happened in London in June 1780. A march on Parliament organised by Lord Gordon in protest at the Papist Act of 1778 attracted some 60,000 protestors. Things turned violent at nightfall and the rioting mob ruled the streets for six days. Houses, businesses and churches were looted or burned, and over 200 people were killed. Finally, the army arrived and opened fire, killing 285 rioters before order was restored.

So the violence we have seen in 2020 is still mild compared to that of 1780. But there was one interesting piece of fall out from the Gordon Riots. Mayor of London Brackley Kennet had been sympathetic to the motives of the original march, and was afterwards found guilty of doing too little to stop the initial violence. He was fined £1,000 – that is getting on for half a million pounds in today’s money.